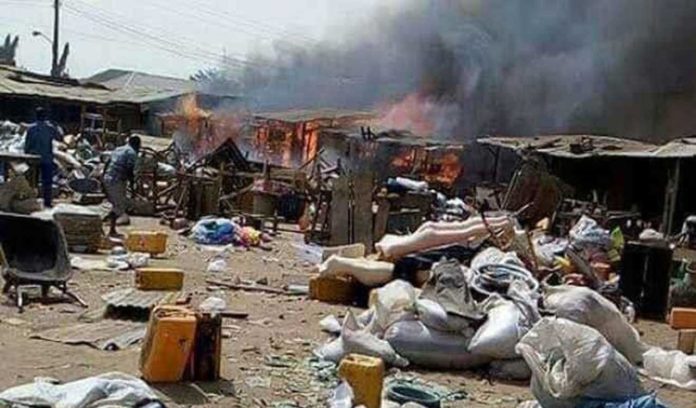 Amidst the COVID-19 pandemic that has resulted in lockdowns in most states of Nigeria, various communities in the Middle Belt Region have come under unprovoked and premeditated attacks by suspected herdsmen that have resulted in loss of lives and massive destruction of property.

Killer herdsmen in the early hours of today, Sunday June 14, 2020, launched an onslaught on Agatu communities in Agatu Local Government Area of Benue State, killing no fewer than nine persons and injuring 15 persons. These attackers also razed down the Adana community and torched many houses in three communities of Olegogbeche, Olegeje and Olegede. The injured are presently receiving medical treatment in undisclosed hospitals.

Penultimate Sunday, these bandits had invaded Igede communities of Itakpa and Echori in Okpokwu Council Ward of Obi Local Government Area of Benue State where they killed no fewer than 15 persons and injured 23 persons. Those who sustained various degrees of injuries were taken to hospitals in Oju and Otukpo LGAs, while hundreds of internally displaced persons took refuge at the IDP camp located at the Pilot Primary School Ibarike-ito.

The renewed Benue attacks by these bloodthirsty herdsmen is a reflection of the resurging insecurity ripping across various communities in the country. In Kaduna state, agents of terror have continued to let loose their long fangs of horror and spreading dread, as tension continues to brew in Zangon Kataf Local Government Area of the state. The killing of an Atyap young man over farmland by the Hausa ethnic group had led to the deployment of security personnel who shot another youth to death and left 14 other persons injured. The present tension in Kaduna state is coming on the heels of spates of killings and decimation of Adara communities in Kajuru Local Government Area where dozens have been killed and several villages sacked, with thousands rendered homeless and now in IDP camps and faced with a bleak future.

In Niger state, Gbagyi, Kamuku, Ungwai and Bassa communities have also come under renewed attacks in Munya, Rafi and Shiroro Local Government Areas, with recent onslaughts claiming the lives of many people, including a cleric and kidnappings of others. In one of the assaults, residents had sighted a helicopter before a group of gunmen stormed their village and ransacked the entire settlement.  The deployment of helicopters for surveillance fits the narration of previous attacks where an appearance of a helicopter is always a precursor for such attacks, including that of Gbagyi and Adara communities in Chikun and Kajuru LGAs of Kaduna State.

The Forum wishes to condemn these inexcusable and unwarranted renewed attacks on peaceful communities by these murderous bandits. We are at a loss how these violence merchants are allowed to move freely with deadly weapons amidst tight restrictions that bar movements across state boundaries. It is painful to note that lockdowns have only offered an opportunity for these mindless murderers to kill and destroy communities.

We note that while it took several weeks for the National Emergency Management Agency (NEMA) to respond with relief materials for IDPs living in camps in Kajuru LGA, other areas have been neglected by the Agency. The Forum calls on State Governors to step in quickly and fill the void by providing succour to IDPs in the interim.

While awaiting permanent solution from the Federal Government to respond to the criminal activities of Boko Haram, killer herdsmen and other bandits ravaging our people with the sole purpose of seizing our ancestral lands, we call on Governor Samuel Ortom of Benue State never to rest on his oars in intensifying efforts aimed at alleviating the suffering victims of terrorism in Agatu and Obi LGAs. Equally, we call on Governor Abubakar Sani Bello of Niger State to scale up security engagements in order to ensure the protection of lives and property in Munya, Rafi and Shiroro LGAs, among others.

There is no greater crime against citizens than to neglect victims of these coldblooded assaults and expose them to further heartless butcheries by these criminal herdsmen whose objective is to decimate and destroy lives with impunity. These internecine attacks are not only imperiling our democracy but placing the country on the brinks and enveloped our nation in a shroud of frightening uncertainties.

We call on the Federal Government to, in conjunction with security agencies, empower communities to form vigilante groups in order to stave off further onslaughts and destruction of property. With the Middle Belt Region comprising mostly farming communities, we call on President Muhammadu Buhari to ensure the security of the area so that farmers can return to their sacked villages and towns and be fully engaged in their occupation in order to avert food shortages in the coming years.