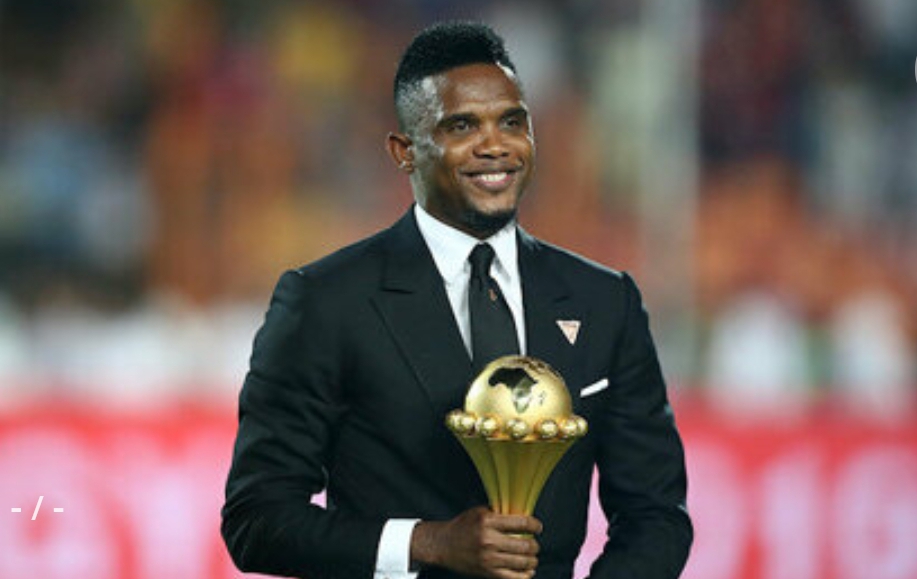 The edition will celebrate the popular Cameroonian footballer who won the African Player of the Year Award four times in a row in his hey days. Incidentally, Globacom was the main sponsor of the CAF Awards when the Eto’o emerged as the continent’s best.

Viewers will learn how Eto’o, who was born in Cameroon, started his football career with Kadji Sports Academy. He was with the club for four years and distinguished himself as a top striker before leaving for one of the top clubs in Europe, Real Madrid, in 1997.

From Real Madrid, Eto’o joined Mallorca in 2000 and scored a record 70 goals before moving to FC Barcelona in 2004, where he won LLiga three times.

Together with Ronaldinho and other team members, he won the 2006 UEFA Champions League Final. He made history by scoring in the final.

Eto’o moved to Inter Milan in 2010 and ultimately emerged the first player to win two European continental trebles following his back-to-back achievements with Barcelona and Inter. He is the fourth player in Champions League history, after Marcel Desailly, Paulo Sousa, and Gerard Piqué, to have won the trophy two years in a row with different teams.

Eto’o had successful stints at Chelsea, Everton, and Qatar Football Club from where he retired in 2019. He also intermittently flew the banner of his country’s Under-23 National Team from 1997 to year 2000 when he won the Gold Medal at the Olympics.