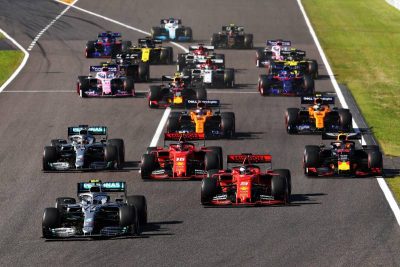 Top Motorsports Events You Should Know About

Racing and motorsports overall have been around soon after the invention of the first vehicles. Better said – we felt the need to satisfy our need for speed since we got the first machines that were capable of achieving it!

As such, we now have motorsports – a multitude of racing events that showcase what a motorized vehicle and skillful drivers are capable of. Naturally, they’re all about the pole position, endurance races, drag races, the current NASCAR odds of a certain driver/team, and so much more!

Given the multitude of motorsports, we decided to introduce you to some of them and also provide you with some essential details about them!

Car racing is nothing without proper endurance – here, the journey matters the most! While driving a car is enjoyable, surviving weather conditions, water, darkness, and so on in a race is not.

The FIA WEC puts its drivers through the infamous Le Mans in order to find out which are the most resilient vehicles and drivers. Naturally, the best cars of this championship are of prototype cars, followed by LMP1H hybrids, and then GT cars.

F1 is the peak of auto racing, so to say – it is, in fact, one of the most prestigious motorsports on Earth, as many people state. With speeds of over 200 miles per hour, the F1 rounds up the best open-wheeled cars out there, puts them on a track, shows them the grand prize, and then makes them race!

This particular motorsport is built around perfect car design. Four of the best engine manufacturers provide the Formula with engines, while the teams build their own chassis – accounting for aerodynamics, drag reduction, and so on.

This championship is an American endurance race featuring both GT cars and prototypes. In this race, you can see Ford prototypes, Corvettes, Ferraris, and Porches, which are all cars based on regular production models.

There’s also a Prototype Challenge that rounds up GTD cars (the same GT cars mentioned above but with more power) and Chevy prototypes equipped with V8 engines. Obviously, this is one of the most interesting motor racing events to watch, in terms of technology! 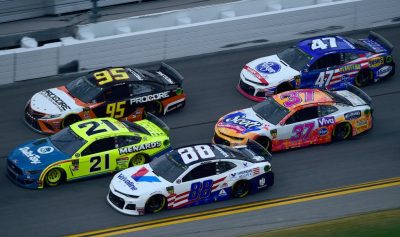 Betting on motorsport implies one of two things – you’re either a Formula One diehard fan or you simply love NASCAR racing since you were a child!

NASCAR is, naturally, very popular throughout the US – it is so popular that it slowly became the most stereotypical motorsport of the country as well!

The cars used in this rough event feature V8s with big bores and chassis with a tube frame. The engines are capable of delivering more than 700 horsepower all the way to the back wheels. Also, while they wear the markings of famous brands, like Toyota and Ford – among many others -, they are not at all like the version that you can buy in a showroom.

Given the roughness of this series, with more than just spectacular crashes being a common sight, it goes without saying why the Daytona 500 odds are so important for every NASCAR enthusiast!

IndyCar features races on a mix of traditional courses, NASCAR ovals, as well as temporary courses that are built in cities. This particular series is also known as the one behind the infamous Indianapolis 500.

As for the cars, they look mostly like F1 vehicles, but they’re not as complex – for example, given the right track, the top speed they can each is of roughly 235 mph.

Just as Formula One and NASCAR, drag racing is another huge aspect of the motorsport field. Even though drag racing involves only straight lines and extreme speed, it’s still among the most loved sports in the US – and not only.

In terms of vehicles, the ones used in drag racing usually reach a top speed of around 330 mph and can go through a quarter mile in less than 3.8 seconds. Naturally – they are powered by beast engines, namely V8 Hemis of 500 cubic inches!

Formula E is, first of all, much quieter than Formula One – mainly because the cars used are electric. In fact, a pitstop in this championship implies changing the car entirely and not its tiers.

There are a few other events, like the legendary rally or the Formula Drift – but they don’t quite compare with the events mentioned above. The Endurance Championship, Formula One, and NASCAR usually overwhelm any other event in terms of popularity and so on.

However, this doesn’t mean they’re not a part of the motorsport world – just as, for example, the motorcycle sports.

In the end, the world of motorsports is much bigger than one would expect, especially given that almost anything that has wheels comes with its own event, series, or championship!