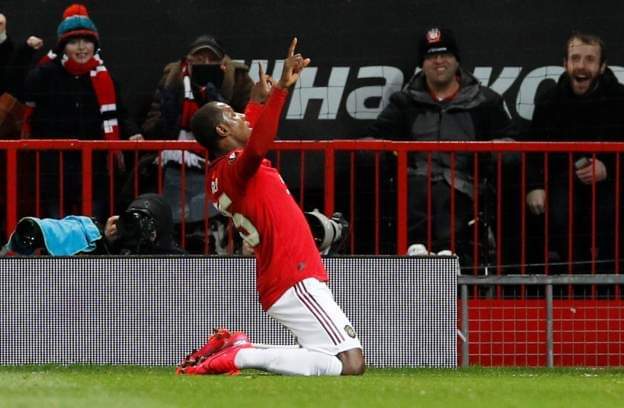 Manchester United striker Odion Ighalo says he is delighted to be playing under a “great manager” such as Ole Gunnar Solskjaer after extending his scoring run in the FA Cup against Derby County on Thursday night.

The Nigerian striker made it three goals in three starts for United with a brace, with Luke Shaw also on target, as United cruised into the quarter-finals with a 3-0 win.

Ighalo impressed when leading the line and could have bagged a hat-trick only to fire over the bar with just a few minutes remaining.

And the 30-year-old expressed his satisfaction with life at Old Trafford after arriving on loan in January from Chinese Super League outfit Shanghai Shenhua.

“I am happy to be around this great team, great lads and great manager,” he told BBC Sport.

“I am happy and we are working hard. We want to keep the momentum going and make sure we do great this season.”