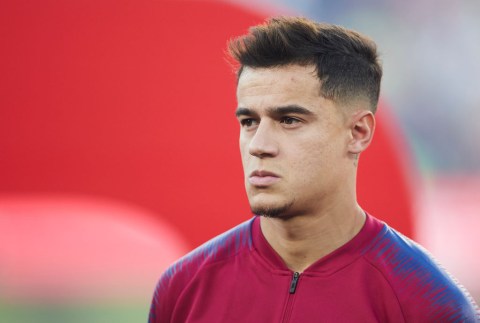 Liverpool legend Steve McManaman says he would like to see Philippe Coutinho back at Anfield but he would need to win back the trust of the fans.

His departure to the Catalan giants did not go down well with many supporters at Anfield.

His time at Barcelona has not been successful and he has been on loan at Bayern Munich this season.

In his column for HorseRacing.Net, McManaman said: “I wouldn’t mind seeing Coutinho back. He’s a brilliant player but a lot of it is just down to economics.

“If they can bring Coutinho back for a reasonable fee and potentially sell a couple of players who aren’t playing regularly, then that could work.

“There are rumours that Xherdan Shaqiri may leave at the end of the season, and Adam Lallana may want to play more often.

“If there’s space available then I’d certainly like Coutinho back, as he was a wonderful player for Liverpool. He’s that type of player that when plan A isn’t working he can change the game. He scored some incredible goals for Liverpool and though he’d have to win the fans over after he asked to leave, I think that most fans would recognise how good he was for Liverpool.”

McManaman feels he needs some help to get him back to his best.

He added: “He seems to have lost his way a bit at the minute, he needs a bit of TLC and an arm around his doesn’t he? So if he wants to come back to Liverpool and the deal was good then I’d have no qualms taking him back because he’s a lovely player.”