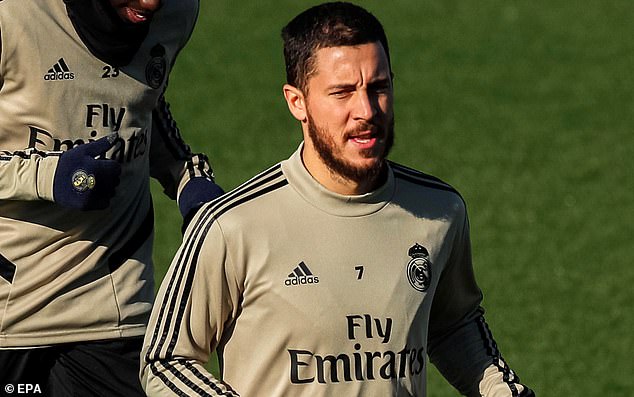 Hazard moved to Real Madrid from Chelsea in the summer for £130million with very high expectations.

But the former Lille star so far failed to replicate his form for Chelsea last season where he netted 21 goals in all competitions.

He has only found the back of the net just once and has provided four assists for Real Madrid. He has been out since the end of November with an ankle injury sustained in the Champions League against PSG.

Despite his two-month absence, the 29-year-old was already struggling to make an impact at the Bernabeu, missing the first three La Liga games of the season with a hamstring injury.

Despite his struggles for the 13-time Champions League winners, Guardiola insists he is a ‘world-class’ player.

“If he’s not playing well, something’s going on at (Real) Madrid because he is really good,” Guardiola told Spainish YouTuber DjMaRiiO.

“Not a top player, another level above. What we saw in England… he is world class.

“But the whole world knows that you need a period of adaptation.”

Guardiola is set to come up against Hazard and Real Madrid in the Champions League last-16, with the first-leg taking place at the Bernabeu on February 26.