Former Manchester City star, Sergio Aguero believes the Citizens will miss the duo of Gabriel Jesus and Raheem Sterling ahead of the new Premier League season.

Recall that Jesus signed a £45m deal with Mikel Arteta’s side earlier this month and penned a five-year contract, while Sterling moved to Chelsea in another £45m deal, with the England star reportedly agreeing on terms on a £300,000-a-week deal.

Reacting to the development, Aguero said that Manchester City would miss both Jesus and Sterling a lot.

“Both players were important in the City scheme,” Aguero told Stake. “I’m sure City will miss them a lot as they are great players.

“There will be a new make-up of the attack, but this is a team with a great squad that will be ready for new challenges.” 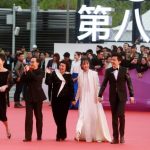