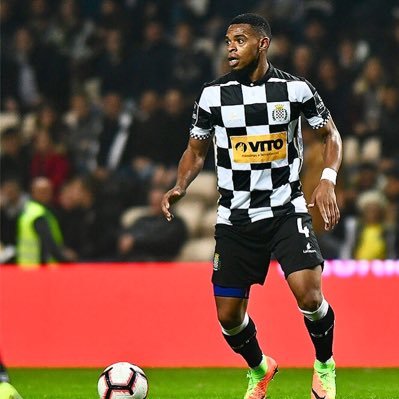 Boavista’s Nigeria international midfielder, Obiora Nwankwo, is keen to make up for lost time at Portuguese Primeira Liga side, Boavista, after what he describes as a difficult and frustrating spell on the sidelines over injury.

The defensive midfielder, 27, first burst onto the scene with the Nigeria’s U-20s, and was quickly likened to former captain Sunday Oliseh by local media and fans.

After winning the 2013 African Cup of Nations with Nigeria, Nwankwo was out injured for 18 months and became a forgotten man during his trying time.

“Between January 2016 and July 2018, I was only healthy for six months. Which means I was out for one year and six months precisely,” Nwankwo told BBC Sport.

“I’ve had minor injuries before that big setback, but this one was a difficult and trying time for my career.

“The sad part is no one cared, even people you thought you knew or were with you; all of a sudden you feel like you’ve been forgotten or no one really cared.

“Except for your immediate family, it was really difficult, so injury has taken sixty to seventy per cent of my career and it’s really painful.”

Nwankwo played in Italy with Inter Milan, Parma, and Padova between 2010 and 2013 followed by spells in Romania, Spain and Portugal.

He then had an injury-ravaged stint in Greece before switching to Portuguese side Boavista last summer.

After putting his dark days behind him, he has featured heavily for the 2001 Primeira Liga champions this year and hopes he can establish himself as a healthy player.

“I’m more focused and concentrated on being healthy, not having injuries because it’s been a lot over the years,” he added.

“It’s nice to be playing again week in, week out and more on a regular basis, it’s what I can focus on.

“No matter how I try to to explain, I don’t think people will understand how difficult and frustrating it has been with the injuries.”

Interestingly, Nwankwo’s last involvement with the Super Eagles was in October 2015 during Sunday Oliseh’s tenure as coach of the three-time African champions.

Nwankwo has not given up on his international career, but insists it is no longer an immediate priority for him to add to his eight senior appearances.

“Of course, I still have hopes, it’s always an honour to represent your country. Even though I know it’s going to be difficult now, you just have to keep your hopes high,” he said.

“I got a chance under former coach (Sunday) Oliseh, then they stopped inviting me for no reason because I was in a good shape and was playing regularly for my club.”

Asked if the huge pressure and expectations from being likened to former Ajax, Juventus and Dortmund star Oliseh had a great effect on his development and career paths, Obiora responded emotively.

“People ask but no one wants to know what happened to living up to ‘their expectations’,” he explained.

“The fact remains that a lot has happened from bad decisions, bad choices but mostly injuries. I’ve had to battle long-term injuries, but I just wish people really checked what has happened before writing me off.

“They just concluded I couldn’t live up to their expectations. I have thought about that ‘next Oliseh’ tag but I don’t really care about it to be sincere.

“I just wanted to be my own person and write my own history, bear my own name and being the next Oliseh or whatever has never really been an objective for me.

“I’m confident in my ability and confident that given the opportunity to play and stay fit, I’ll be able to show people what I’m about.” 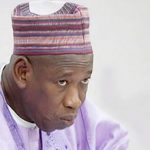 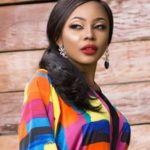 While Growing Up, I Felt Men Were Monsters – Ifu Ennada 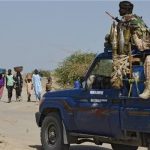