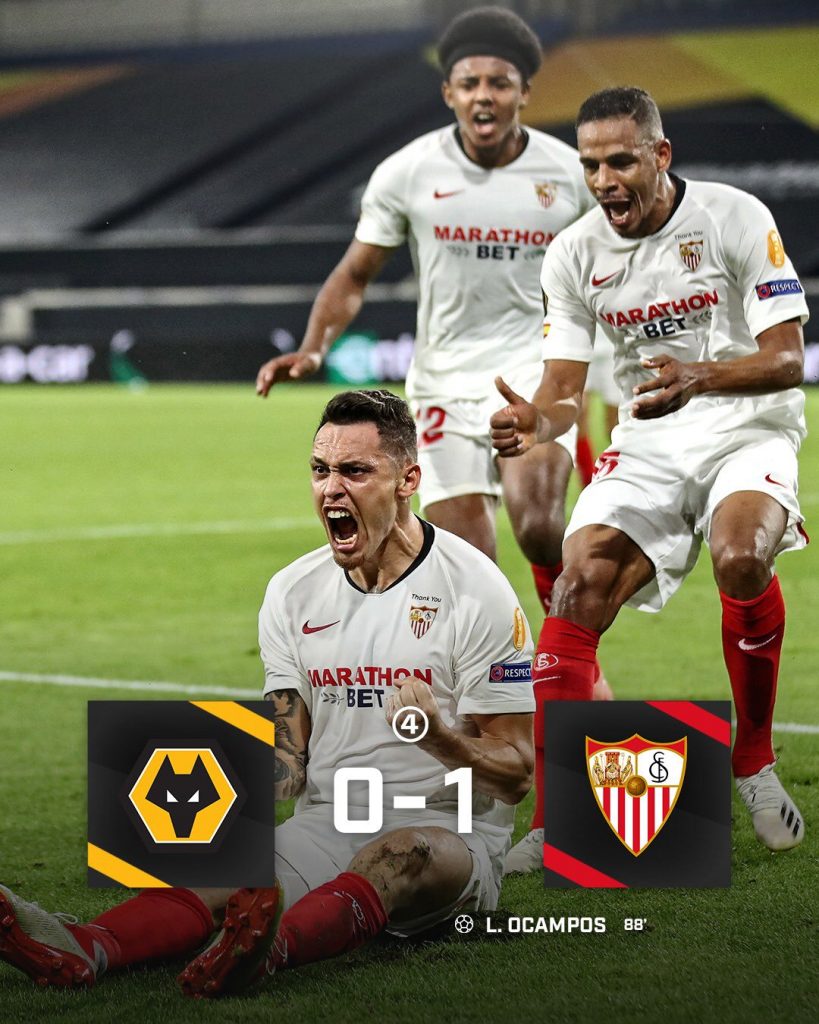 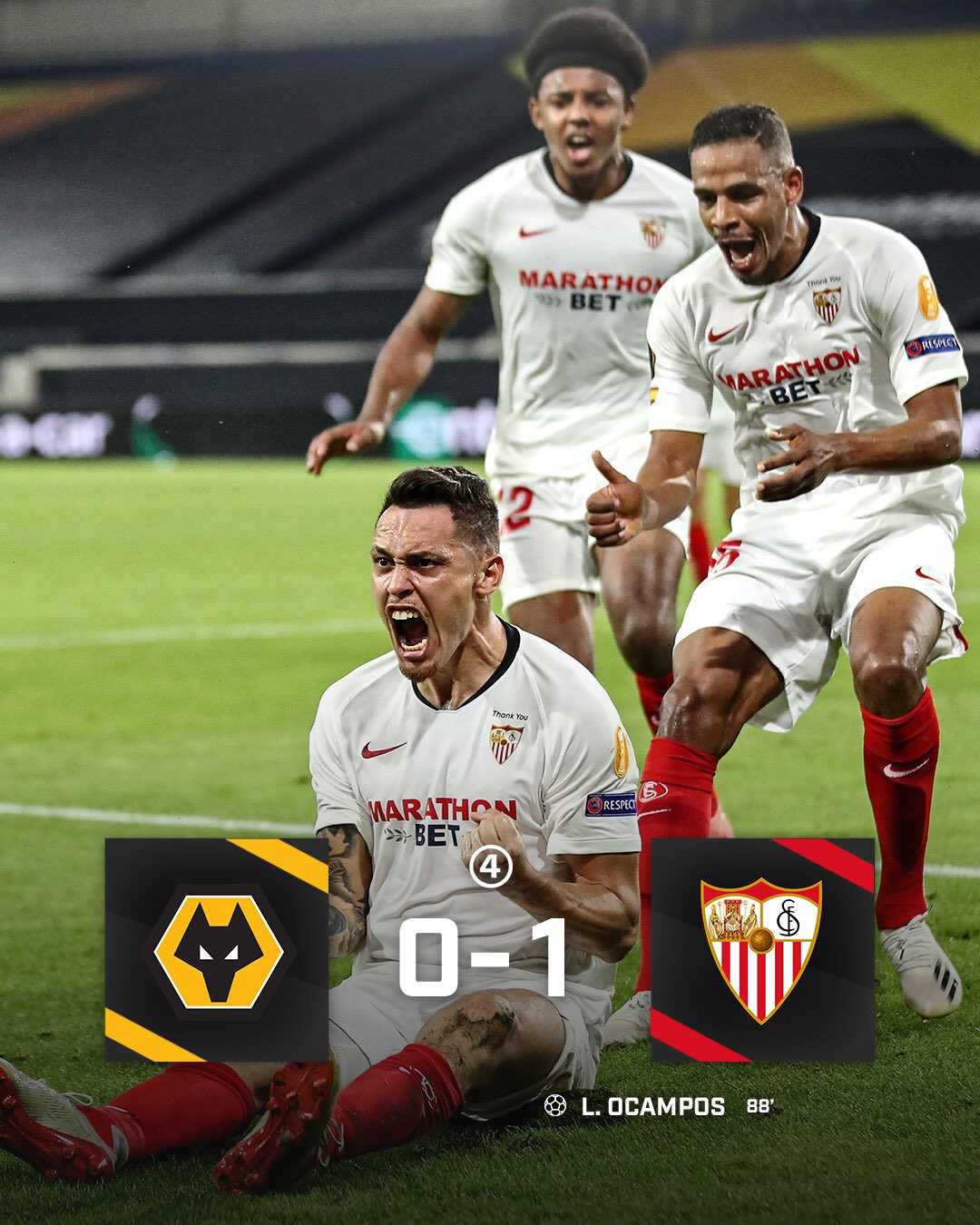 A late Lucas Ocampos goal secured a 1-0 win for Sevilla against Wolverhampton Wanderers and set up a semi-final with Manchester United in Tuesday’s Europa League quarter-final tie.

Argentine winger Ocampos rose to head beyond Rui Patricio in the 88th minute from Ever Banega’s cross.

The goal came following a corner, of which Sevilla had 13 compared to Wolves’ 0 during a thoroughly dominant performance.

Wolves did have a golden chance to take an early lead on 13 minutes but Raul Jimenez’s penalty was saved by Yassine Bounou.

Prior to Tuesday’s game Jimenez had scored each of his eight penalties for Wolves.

Adama Traore capitalised on Wolves’ bright start to win the spot kick in the 11th minute, with his electrifying burst into the area drew a clumsy foul from defender Diego Carlos.

Sevilla recovered during a cagey first half, with Ocampos curling an effort just wide of Rui Patricio’s far post after the half-hour mark.

Happy to sit back with everyone apart from Jimenez camped behind the ball, Wolves’ best chance of the second half came when Matt Doherty’s long throw was flicked by Willy Boly just beyond the Mexican’s reach

At the other end, Sevilla frontman Youssef En-Nesyri went close but saw his poked strike from close range saved by Rui Patricio.

Traore was a constant threat on the counter attack but was otherwise bereft of service, with Wolves managing under one-quarter of possession.

The Ukrainian side will square off against Serie A giants Inter Milan in the last four.