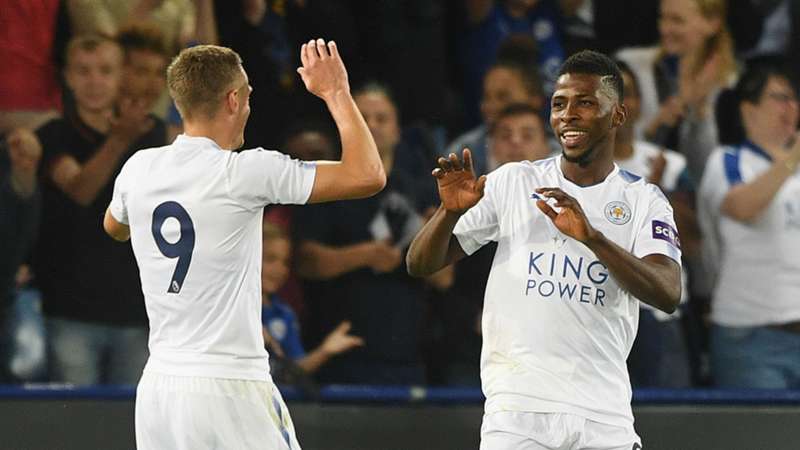 Rodgers: Iheanacho Can Shoot Himself Out Of Vardy’s Shadow

Iheanacho, 23, has played second fiddle to Vardy since joining Leicester from Manchester City in 2017.

The Nigeria international had to wait until December before making his first league appearance for Rodgers’ side this season.

The versatile forward has netted twice in his last three games for Leicester and is finally showing why the former Premier League champions paid Manchester City £25m for his services three years ago.

Rodgers, who admitted he’s admired Iheanacho from the first day he walked into the club stated that there is no reason the young forward can’t step into Vardy’s boot one day.

“With Kel it’s a question of confidence. He came in from Man City and into a position where you have such an iconic figure in Jamie Vardy playing there,” Rodgers told reporters ahead of Sunday’s Premier League clash against Bournemouth at the Vitality Stadium.

“I liked his talent from the outside looking in before I came here. He scored goals for City and you can see his raw talent.

“But he needed to develop and grow in confidence and gradually that has grown. You can see the appreciation of the supporters for him. The crowd really respond to him.”

Rodgers further adds: “It was a question of working on his strengths. He’s a powerful boy. He’s strong, aggressive, he naturally wants to work hard.

“It’s given him clarity, when he plays, what’s expected of him when he has and hasn’t got the ball. I speak to him a lot.

“He’s been a very important player for us this season and has scored valuable goals.”

“Then it’ll be over to people like Kels or anyone else to come in and take on that mantle.”