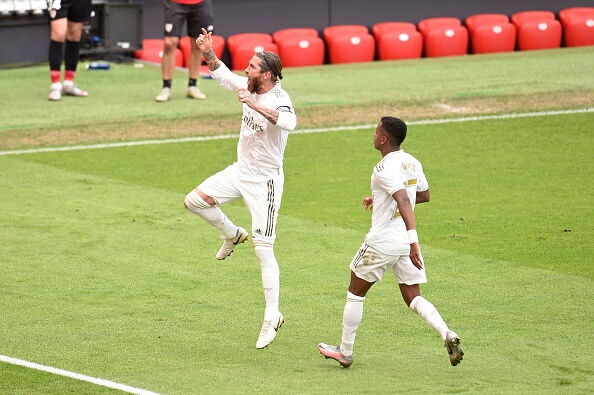 Real Madrid moved closer to clinching this season’s LaLiga title with a hardfought 1-0 away win against Athletic Bilbao on Sunday.

The win stretch Madrid’s lead to seven points over title rivals Barcelona as they took their tally to 77 with four games remaining.

Skipper Sergio Ramos was the hero for Madrid as his 73rd minute penalty sealed the win for Los Merenguez.

It is now back-to-back games that Ramos will be scoring from the penalty spot which secured victory for his team.

He converted from the spot in Madrid’s 1-0 home win against Getafe on Thursday.

He is now the first defender to reach 10 goals in a single La Liga season since Mariano Pernia for Getafe in 2005/06 campaign.