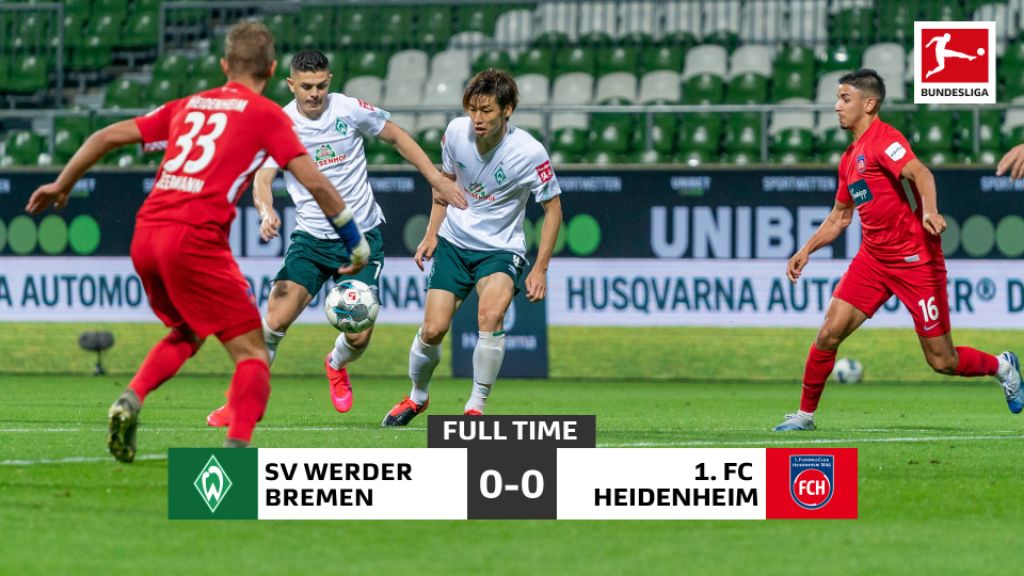 Bundesliga giants Werder Bremen recorded a disappointing goalless home draw against Bundesliga 2 side 1. FC Heidenheim 1846 in the first leg of their relegation playoff at the Weserstadion on Thursday, Completesports.com reports.

Heidenheim once again lived up to their tag – the ‘surprise package,’ and fought relegation-haunted Bremen to a standatill, thus gaining confidence for the second leg clash billed for Monday at the Voith-Arena, Heidenheim.

The hard-fighting Frank Schmidt’s men almost nailed Bremen at the dot of 90 minutes when they carved out the best scoring chance of the entire game. Timo Beermann rose higher than anyone else, but his headed effort off a corner-kick was only centimeters away from going into the net.

Bremen’s centre-back Niklas Moisander was sent off in the 87th minute for a second bookable offence. And the former Finland captain will miss their decisive second leg match in Heidenheim.

Werder Bremen are fighting in the playoff for a right to retain their Bundesliga spot, while Heidenheim are fight to earn first ever promotion to the to the German top flight from Bundesliga 2.