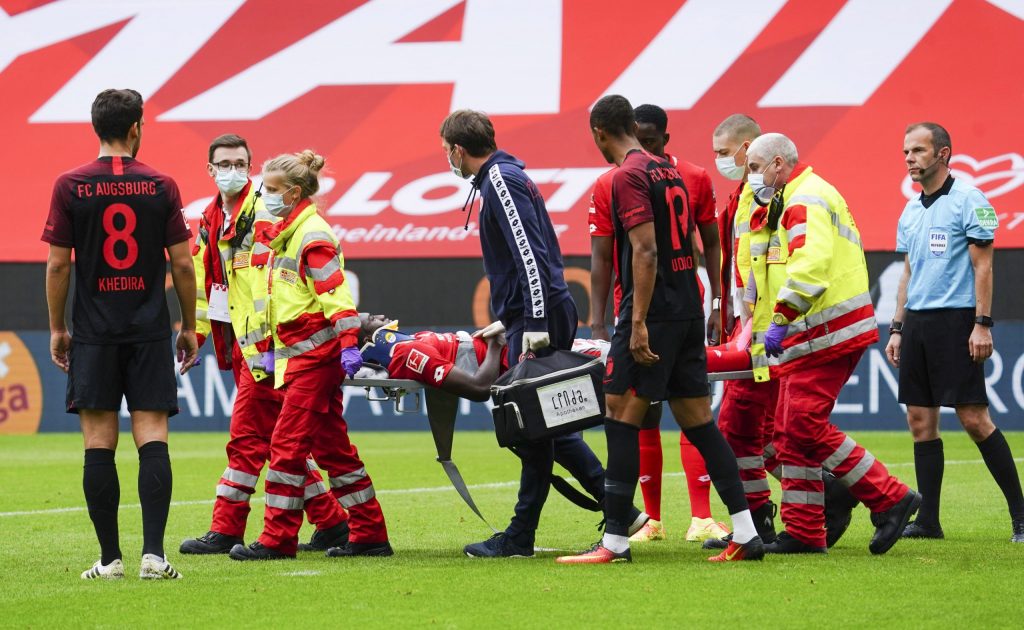 Awoniyi: I’m Happy To Be Alive Taiwo Awoniyi says he is happy to be alive after suffering a concussion during Mainz’s Bundesliga home clash Augsburg earlier this month, reports Completesports.com.

The Liverpool loaner clashed heads with Augsburg defender Felix Udoakhai 17 minutes into the encounter and lost consciousness before hitting the ground.

Awoniyi states that luck played a huge part in saving his life, according to his doctors.

“They said the way I was coming down, I should [have gone] down with my head. If I had gone down directly with my head, it would have been a different story.

The doctor told me I was talking on the pitch but I didn’t know I was talking. He said when they tried to wake me up I was telling them I’m okay and I still wanted to play.

“But I didn’t know I was saying that. I don’t remember that.

“When we got to the hospital before I regained consciousness, they were lifting me up and that was when I realized I wasn’t on the pitch anymore.”