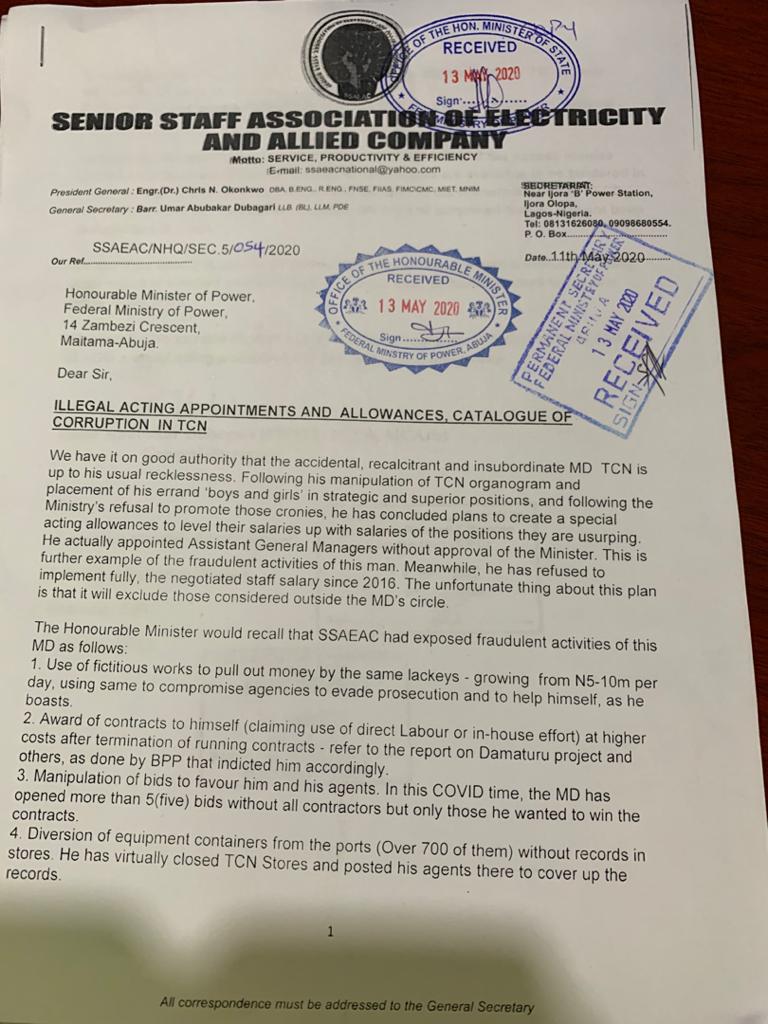 What does Boss Mustapha want from Ministry of power?

Anyone reading through a circular dated 19th May, 2020, from the office of the Secretary to the Government of the Federation (SGF) will only arrive at one solemn fact: Boss Mustapha is untowardly interested in goings on in the power sector. And his actions have begin to re-inforce talks in various quarters that he is a major beneficiary of the proceeds of darkness.

The circular, in short, was a direct response to the sacking of the TCN MD by President Muhammadu Buhari on the recommendation of the Honourable Minister of Power, Engr. Sale Mamman – an action that was popular as it was necessary. The circular, citing all sorts of rules, said the minister lacked the power to sack the erring MD. But nothing could be further from the truth.

And this latest adventure clearly shows he is on a collision course with his own boss the President himself. Is he trying to over rule his own employer?

The Minister sort the approval of President Muhammadu Buhari officially in written form before implementing such directives! Has he had also done on previous occasions involving NBET and REA.

Because for those watching events closely, this may yet be another move to humiliate the minister by reversing a very effective decision just as it happened earlier this year. If that happens again, it would be an unmitigated tragedy both for national leadership, cohesion and indeed the entire power sector.

I’m a power sector activist so I should know. Many of the decisions taken by the minister are not only right but actually necessary if we must wade out of the embarrassing darkness we found ourselves. But officialdom, small-minded meddlesomeness, and outright corruption keep getting in the way. The activities of Boss Mustapha, in particular, are worrisome.

I have some questions for Boss Mustapha.

1. Why does he always become restive with anything in the Power Ministry?

3. Why didn’t we hear his (Boss) voice when similar reorganisation happened in key parastatal of the Ministry of Humanitarian Services when DG NEMA was replaced?

4. Is it true the rumours making the rounds that he (Boss) benefits directly from some agencies within the power Ministry? The speed with which he acted when NBET MD was sacked is still fresh in my mind.

5. Is Boss Mustapha angry with the minister because SIEMENS company got a contract he is interested in? Why has be been so hard on local contractors making it difficult for them to meet targets.

If there is anyone here acting outside the stipulated Government rules, it is the Managing Director of TCN who was recently relieved of his position, Boss Mustapha is unaware that Mr. Gur has been playing the role of a demigod at the TCN over the past couple of years, implementing decisions outside his approval Sphere and actively lobbying not to have a Board of Directors to put him in check. He has over the years dismissed staff of the company without following due process, most recently the dismissal of Dr. Chris Okonkwo whom was the General Manager, Special Duties and SSAEAC Union President, which led to the intervention of the Minister of Power.

Mr. Mohammed Gur is one of the most incompetent hands ever to Grace the power sector, Nigeria has witnessed more system failures (National Grid Collapse) under him than in anytime preceding his appointment as superintendent of Nigeria’s Electricity Transmission infrastructure. Should the Minister allow such to continue? 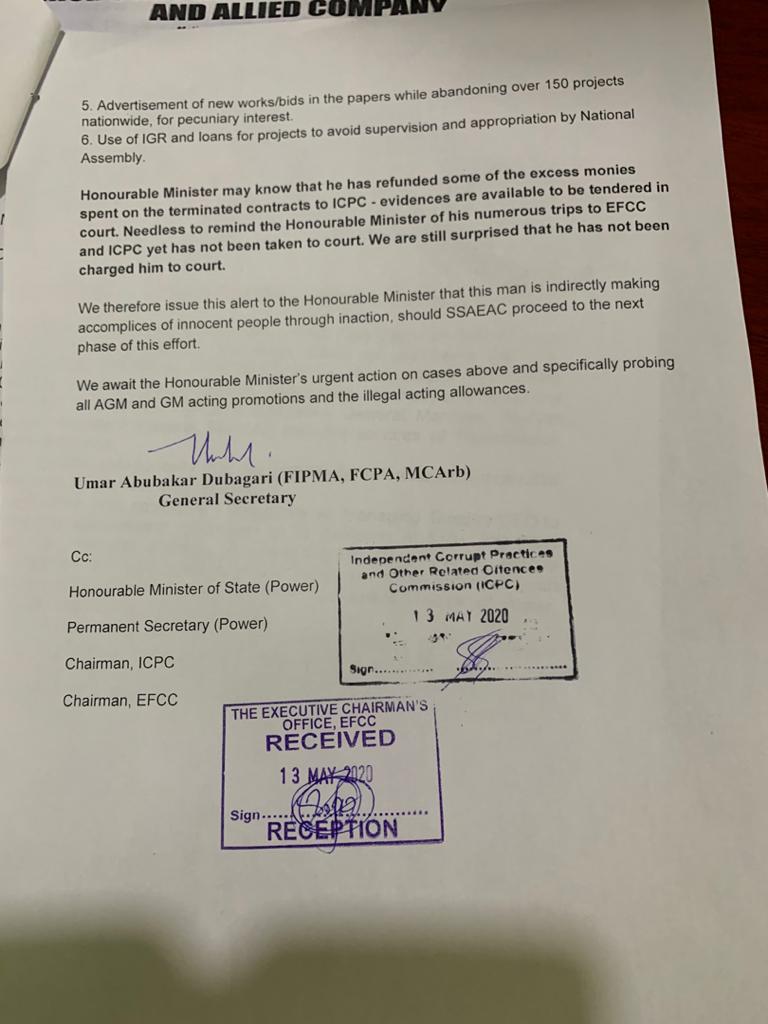 Nigerians will sooner or later have to chose between effectiveness and strangulating official procedures in addressing the power sector conundrum. The honourable minister must be empowered to go beyond those administrative red-tapism to deal with matters heads on. Procedures are great but not when an emergency like we have now has to be addressed.

The removal of the TCN boss was greeted with widespread jubilation in the industry especially by Patriots who want to see an end to darkness. The former MD was practically against the FG’s effort with SIEMENS and was openly granting interviews against the company due to his vested interest. By recommending the replacement of Mr. Gur with a sound professional, Eng Abdulaziz, the minister demonstrated that he was willing and in fact, capable of delivering on his mandate. He, the minister, must not be frustrated in this bid. And Boss Mustapha must clearly know his place at the Federal Executive Council. A minister of the federal republic is clearly ahead of him in the Federal Executive Council (FEC). He must not be seen as rubbing shoulders with his superiors.

Edem Edem is a power sector watcher based in Sweden