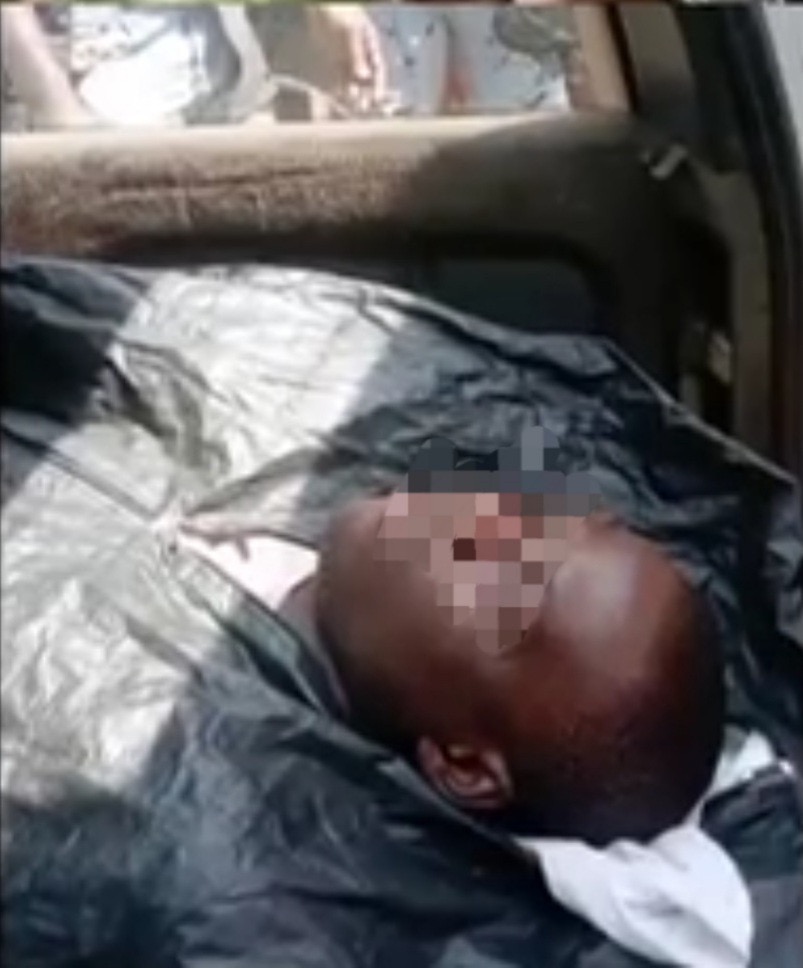 The burial rites for an Igbo trader killed in Lagos state’s Ladipo market have commenced.

During the commotion between vendors and military troops at Ladipo market, Felix, 28, was reportedly taking his wares into his shop when he was wounded by a stray bullet. 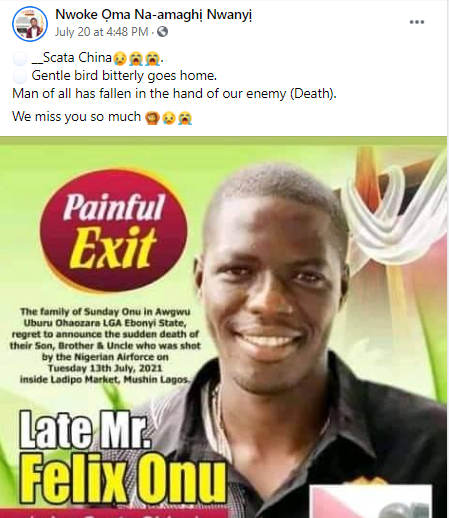 Friends who shared their condolences on Facebook described him as a gentleman who was trusted by many foreigners. 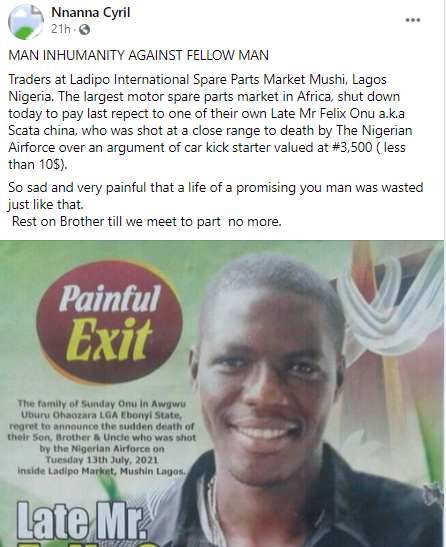 The Ladipo market was closed on Thursday in commemoration of Felix and other traders who died in the scuffle. 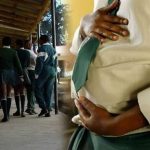