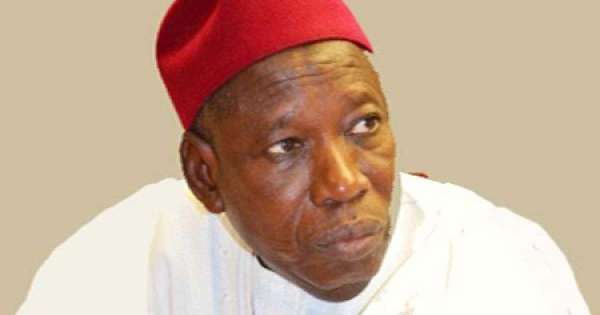 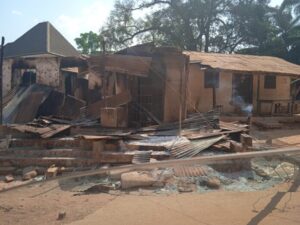 The Kano State Government has embarked on massive projects at Gama ward of Nassarawa Local Government Area, few days to a rerun election in which the ward is a big decider.

At least three projects, comprising refuse evacuation, mass drilling of boreholes and road reconstruction were kicked off within the last three days in the community.

Gama’s result was cancelled in the aftermath of the March 9 governorship election.

The cancellation followed an attack on the local government’s collation centre on March 11 led by top officials of the Abdullahi Ganduje administration.

The attack was believed to have been led the state’s deputy governor, Nasiru Gawuna.

The altercation led to the tearing of result sheets for the ward, according to the electoral commission, INEC, and returning officers.

The police later issued a statement confirming the involvement of Messrs Garo and Sani, promising to charge them to court after investigation.

But perhaps to escape the charge of constitutional breach on immunity, the police said they only rescued Mr Gawuna from the scene.

However, in an interview with journalists in Kano after their release, Mr Garo disputed the police’s account, as he denied any wrongdoing.

He accused the police of complicity and giving cover to “thugs” to attack them, without taking stern action.

Gama, a densely populated area of Kano metropolis, is bedevilled by a number of infrastructural and development challenges.

On Friday, detachments of refuse evacuation vehicles were dispatched to the area to evacuate long-abandoned dump sites.

“These refuse sites have been a source of concern to us. From time to time they would come and pick a bit of it and leave but it seems this time around they would do it all before the elections,” said a resident of the area, Auwal Danlarabawa.

On Saturday, two other projects sprang up; asphalt overlay on Gama’s main artery, Audu Utai Road, and digging of at least 11 boreholes in the area.

“Within just today (Saturday), the road is almost completed. They started from early in the day,” Mr Danlarabawa said.

He said the water projects would ease the residents’ yearning for drinking water, a major problem in the area.

Activists have condemned Mr Ganduje’s action with one of them describing it as “mass bribe and clear case of voter inducements”.

The ruling All Progressives Congress (APC), Mr Ganduje’s party, was earlier accused of commissioning women who go door to door to buy votes from women in areas affected by the rerun.

On Wednesday, the police announced the arrest of three men and two women on allegations of buying voters card at the cost of between N500 to N3,000. They, however, did not reveal the party or the identity of the accused persons.

“The ongoing road project in Gama is everything voter inducement is. You can also conveniently describe it as vote-buying because even in the law, an apparently lawful act can become an illegality if done with bad motive,” said Abba Hikima, a lawyer and activist.

“The Gama people were left by Ganduje’s government to tread a dirty, muddy road all through the rainy months of June through August despite calls and pleas, only for them to wake to up to this rushed project.”

But speaking to our reporter, the Kano State Commissioner for Information, Mohammed Garba, said there is nothing wrong for the government to do anything that is not illegal in order to score political mileage.

Though he attributed the undertaking of the projects as purely coincidental, having earlier awarded the projects, he said it was the elections that affected the implementation of the initial plan of starting three weeks ago.

“If that project is for the benefit of the people of Gama, and part of strategy, the government decides to execute it at this material time, personally I didn’t see anything wrong,” he said.

Governor Ganduje’s decision to execute such projects in Gama could be described as a last-ditch effort to save him from defeat.

After the results of the March 9 governorship election in Kano were declared, Mr Ganduje trailed Abba Yusuf of the Peoples Democratic Party (PDP) by about 26,655 votes.

The governor scored 987,819 votes to his challengers 1,014,474 votes. However, the number of cancelled votes in the state is 128,572 which led to the declaration of the election as inconclusive and the scheduling of supplementary election in Gama and other areas across Kano. 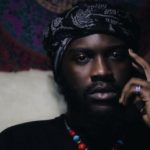 Listen To 'Gemini', The Outstanding Debut Album From Tay Iwar 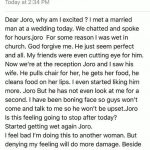 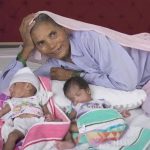 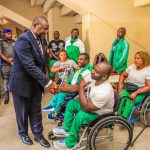 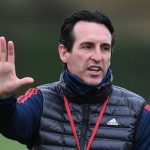