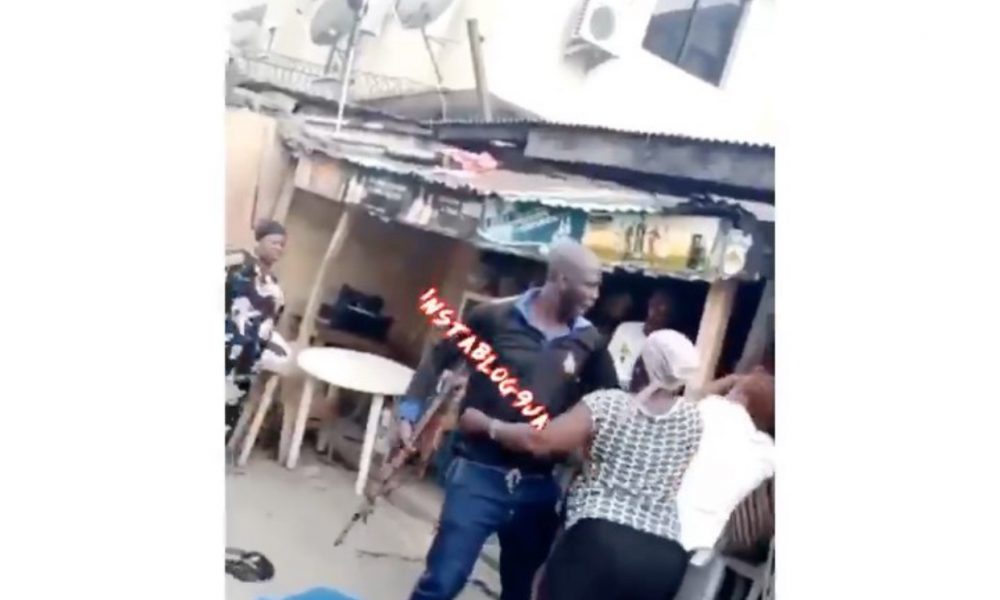 A 23-year-old boy identified as Godwin, was yesterday assaulted alongside his 65-year-old mother and sister by a police officer known as Ekene in Ago Palace Way, Okota, Lagos.

It was gathered that Godwin was chased by a certain man identified as “Catcher” infamous for setting up boys to be harassed by Ekene and his squad in the neighborhood.

According to an eyewitness and a family member, “Catcher chased my brother to our mom’s shop and before we knew what was happening, Ekene and his squad appeared demanding that they arrest Godwin.

Our mother requested that they explain why her son should be arrested but they refused. Even the catcher couldn’t explain the crime my brother had committed.

Ekene and his squad broke the chairs in our shop , assaulted my mother and sister because they refused to allow them arrest Godwin.

Unfortunately, they were over powered and they whisked them to Century Police Station where they spent the night for nothing . I fear for what could’ve befallen them.

I’m pleading with the relevant authorities to please pick this case up and ensure Ekene and his squad are brought to book.”