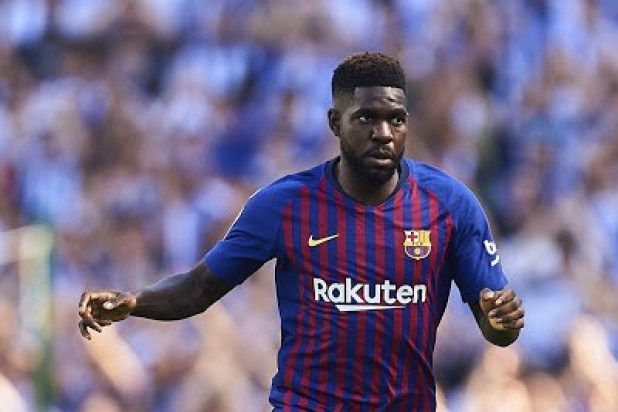 Barcelona defender, Samuel Umtiti, has rubbished reports suggesting that he had contact with Arsenal during the summer.

It was suggested, having slipped down the pecking order at Camp Nou, the 25-year-old France international could be on the move.

A switch to the Premier League was mooted, with Arsenal said to be leading the chase for Umtiti.

Umtiti, though, claims that a new challenge at Emirates Stadium is not something that he ever considered.

“Honestly, I don’t know where this rumour with Arsenal came from.

“Overnight, I received messages from my friends ‘ah, so you are joining Arsenal?’ I’m not, I’m sorry but I’m staying at Barcelona.

“Contacts with Arsenal? To be honest, I don’t know if they had conversations with my agent, I just told him that I didn’t care what was happening this summer and that it wasn’t even necessary to talk to me about it.

“It was useless, I was going to have the same answer.

“My dream as a child is to play for Barcelona. Last season was the most difficult of my career, especially in terms of injuries,” he told Canal Football Club.