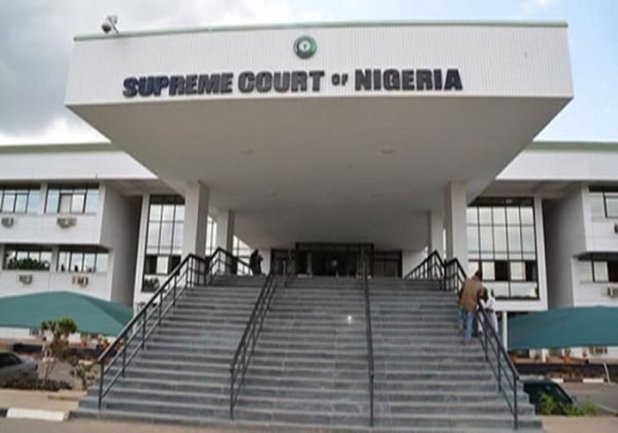 The Supreme Court yesterday dismissed a suit seeking to annul the primaries, which led to the election of the only female Senator from the northern part of the country, Senator Aishatu Dahiru Ahmed (Binani).

Binani won the Senatorial election for Adamawa Central District on the platform of the All Progressives Congress (APC).

But an aspirant, Abubakar Waziri, who was defeated by Senator Binani at the party’s primary election, filed a petition to disqualify the latter.
He lost the case at the Federal High Court and the Court of Appeal and subsequently approached the Supreme Court.

According to the result of the primary election, Waziri secured four votes while Senator Aisha Binani garnered 1,375 votes.

Waziri was however dissatisfied and he asked the Supreme Court to annul the results of the primaries, which produced Binani.

Represented by Barr. Muritala Abdul-Rasheed, the appellant averred that the party did not give the mandatory 30-day notice to the Independent National Electoral Commission (INEC) before conducting the primary election.

But INEC insisted that there was substantial compliance by APC which enabled it to monitor primary election exercise.

The electoral umpire said the primary election was fair and transparent, leading to the emergence of Senator Binani as APC candidate for the Adamawa Central senatorial election.

Waziri’s grounds of appeal were:-

He also sought some reliefs including:-

“A declaration that the 1st Defendant’s Adamawa Central Senatorial District primary election purportedly held on the 7th day of October 2018 In Adamawa State in flagrant violation of the Constitution of the Federal Republic of Nigeria, 1999 (as altered), the Electoral Act, 2010 (as amended) and the relevant provisions of the Constitution of the 1st Defendant, the 1st Defendant‘s Guidelines for the nomination of candidates for the 2019 General Elections and the Regulation for the Conduct of Political Party Primaries of the Independent National Electoral Commission is unconstitutional, unlawful, null and void.

“A declaration that it is ultra vires for the 1st Defendant to hold and organize the Adamawa Central Senatorial District primary election held in Adamawa Central Senatorial District on the 7th day of October, 2018 without having given a prior 21-day notice of its primaries to the Independent National Electoral Commission (the 2nd Defendant) indicating that an indirect method of primary election shall be used and without the democratic election of members of the Electoral college.”

But when the hearing of the matter came up at the Supreme Court yesterday, the Appellant (Waziri) could not convince the five-man Panel of Justices including Justice Kudirat Kekere-Ekun; Justice Musa Dattijo Muhammed; Justice Chima Nweze; and Justice Mary Odili who was the head of the panel.

The appellant couldn’t present his case before the court on what will be his benefit if the primaries won by Senator Binani was annulled.

Counsel to the defendant (Senator Binani), Mr. Sam Ologunorisa (SAN), faulted the appellant for wasting the time of the court.

After dilly-dallying, the appellant later opted to withdraw the case against the lawmaker.

While describing his application before the Supreme Court as a mere academic exercise, Justice Mary Odili, who presided over the hearing of the petition, ruled as follows: “Appeal having been withdrawn is hereby dismissed.” 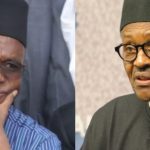 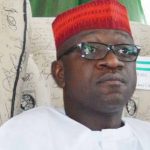