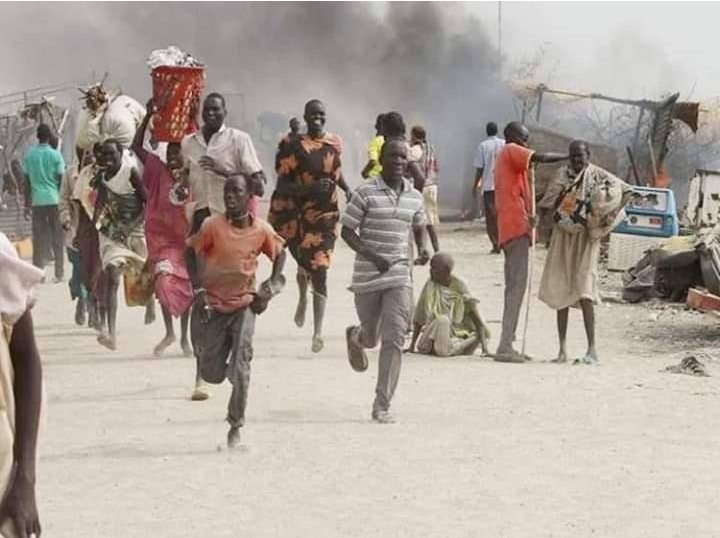 No fewer than 15 persons have reportedly been killed and several others wounded following a clash between two communities over the killing of pig in Lamurde local government area of Adamawa state.

Property worth millions of Naira were also burnt down during a heavy gun between the two communities in Tingno, a suburb of Lamurde, the administrative headquarters of local government area in Adamawa.

Some sources told Daily Sun that the fight broke out over a moral contention to slaughter a pig at a local abbatior.

There could be heavy casualties and that more than fifteen people might have been killed as a result of the conflict,” a source said.

“The state Commissioner of Police has directed the Squadron Mobile Commander and the area Commander Numan Division, to proceed with all DPOs within that area and all other operational commanders.

“Later on the governor, Ahmadu Umaru Fintiri mobilised all the service chiefs and all of us to visit the area.

“When we arrived, we met our people already in the town, and gun shots were still ongoing. With the military and police on ground, most of them were pushed back into the mountains and the town was returned to nomalcy.

“Heavy reinforcement have been made including the men of the military, members of the Special Anti Robbery Squad, Counter Terrorism Squad and Investigation Department, so as to get to the immediate and remote cause of the conflict and they have been commanded to remain there till further notice and the men of the CID are to conduct a thorough investigation on the issue.

“And they have also been instructed to go round and ascertain whether there are casualties.”

“We have so far evacuated about thirty two persons, largely women and children have been moved to an IDP camp in Lafiya and one other person has been handed over to the men of the Red Cross Society for medical attention after sustaining machete cuts in the conflict.

“The governor has also instructed the Chairman of Lamurde local government to ensure to the up keep of the people at the camp.”

Meanwhile, KanyiDaily had reported how a 16-year-old boy stabbed his mate to death during a cult clash between two secondary schools in Lagos State.