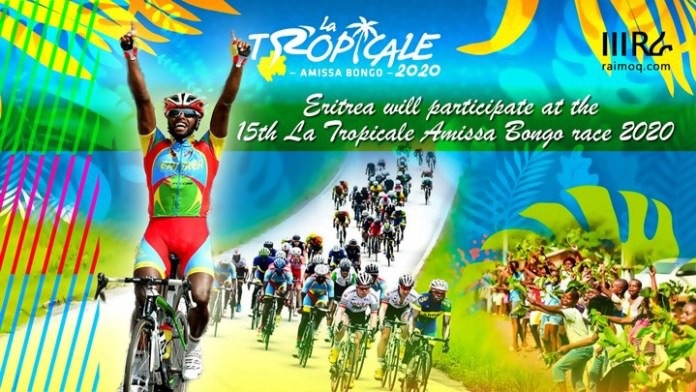 African cycling has come a long way in the last 10 years but it has not been an easy journey. From the formation of the early cycling bodies such as the Cycling Federation of Nigeria back in the 1970s, progress across the continent was slow. This was not surprising considering the many obstacles facing professional cycling in the country.

A lack of funding, combined with logistical and bureaucratic issues, have plagued the development of the sport in Africa but since the turn of the millennium, things have started to move at a much quicker rate. For Nigerian cycling, one of the big turning points was their participation in the 2013 African Continental Championship held in Sharm-El-Sheik, Egypt, where they claimed a silver medal in the Elite Women’s Team Time Trial event.

But the moment that lifted cycling in the whole continent came in 2014 when Eritrean rider Natnael Berhane became the first African winner of the Tropicale Amissa Bongo, Africa’s highest-ranked cycling event, held in Gabon each year. Berhane had won a stage at the event three years earlier and was snapped up by the French team, Europcar. It was the ninth edition of the race that was first run in 2006.

The UCI third-tier race attracts cyclists from all over the world including some of the best from Europe. For example, the year before Berhane’s victory, the race was won by French rider Yohann Gène who contested 11 Grand Tours in his career including seven Tours de France. And 2019 winner Niccolo Bonifazio of Italy went on to win Stage 5 of the 2020 Paris-Nice race and Stage 2 of the Tour of Saudi Arabia. He raced in the 2018 Vuelta de España and the 2019 Tour de France and is likely to feature in the cycling betting odds for at least one of the 2020 Grand Tours.

A boost for African cycling

Berhane was treated like a hero by the Gabonnais in 2014 despite hailing from Eritrea. His win was seen as a victory for Africa and it gave the sport another massive boost. Since his win, two more African riders have gone on to win the race: Rafaâ Chtioui of Tunisia in 2015 and Joseph Areruya of Rwanda in 2018 (another milestone win). Berhane’s win also brought to an end the seven-year French dominance of the race. France has now won just three of the last seven editions.

The road to glory continues

The following year, an African team, MTN-Qhubeka (now known as NTT Pro Cycling), featured in the Tour de France for the very first time with a team of riders who had nearly all raced in La Tropicale. The team managed to win one stage with British rider Steve Cummings, while Eritrean rider Daniel Teklehaimanot made history by becoming the first African to wear the Tour’s polka-dot jersey. In total, he spent four days as “King of the Mountains” and finished 49th overall.

That race in 2014, put African cycling firmly on the map and it is widely accepted that an African cycling champion will emerge sooner rather than later, a concept that seemed unthinkable less than two decades ago.