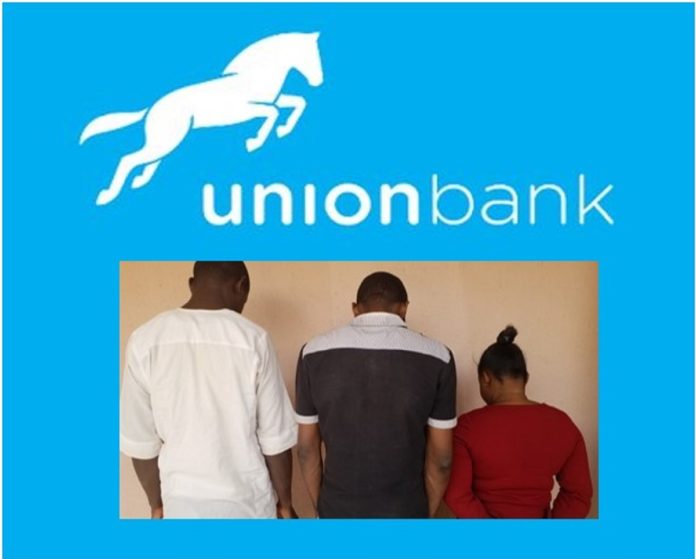 Being staff of one of the branches of Union Bank Plc in Sokoto State, they allegedly conspired among themselves to issue Automated Teller Machine, ATM cards to an impostor in the name of bonafide customers of the bank which was used to withdraw the said money for their personal use.

The money was stolen from the accounts meant for the Home Grown School Feeding Program, HGSFP initiative of the Federal Government of Nigeria for primary school pupils spread across the 23 local government areas of the state.

Count one reads: “That you, Zaharaddeen Ibrahim while being the Direct Sales Agent of Union Bank Plc, Michael Alabi, while being the Sales Service Executive of Union Bank Plc, Ngozi Agbonjaru, while being the Bank teller of Union Bank Plc, Aisha Sambo and Sa’adatu Musa (now at large) sometimes in 2019 at Sokoto within the Judicial Division of the High Court of Justice of Sokoto State, did conspire among yourselves to do an illegal act to wit: Theft from the Union Bank Plc accounts of Fadima Ahmadu and Sadiya Bello and thereby committed an offence contrary to Section 59 of the Sokoto state Panel Code Law 2019  and punishable under Section 60(2) of the same Law.”

They pleaded “not guilty” to the charges when it was read to them.

In view of their plea, counsel for the EFCC, S.H. Sa’ad asked for a date for trial to commence.

Responding, the defence counsel, G.O. Uwadia prayed the court to grant his clients bail on the grounds that the defendants were faithful to the administrative bail granted them by the EFCC, and that they also had credible sureties.

Justice Muhammed, thereafter, granted the defendants bail in the sum of N500,000.00 (Five Hundred Thousand Naira) each, with one surety each in like sum. The surety must have a landed property within the Jurisdiction of the court. The case has been adjourned until April 23, 2020 for commencement of trial.