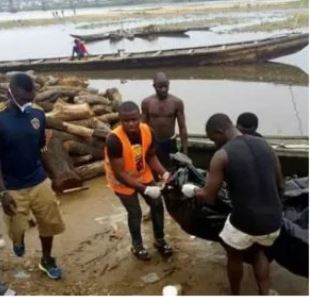 Teenage Lovers Drown While Running From Police In Ekiti

Teenage Lovers Drown While Running From Police In Ekiti

Two teenage lovers have drowned in the Ureje Dam, Ekiti while they were allegedly trying to escape police arrest.

According to a report by The Sun, the incident happened at a joint where some elements in the community usually visit to smoke Indian Hemp and other drugs.

Chairperson, Land Lord Association, Bamgboye community, Deaconess Phebian Fatuase, “the youths have turned the dam side into a den where they carry out all criminal activities.”

She said that the community had made several attempts to chase them out but that the youths had remained recalcitrant until the police became involved.

Deaconess Fatuase explained that until a few days ago, some of them were still arrested while smoking Indian hemp around the dam.

The chairperson noted that the man and the woman who reportedly drowned were said to have jumped into the dam on sighting security agents but had drowned when they could not beat the tide of the dam.

When contacted, the Police Public Relations Officer, Ekiti Command, Mr Sunday Abutu, confirmed that two persons perished in the dam while swimming but said the police was never involved.

“Young guys and young girls do go there to smoke Indian hemp and other hard drugs, that was the report we got and once in a while, the police do go there to ensure that they don’t gather to commit those crimes.

“As at yesterday, the police didn’t go there, it was after the incident had happened that the police were called upon to come to the scene.

“They went swimming after they had probably taken drugs and in the process got drowned.”

According to him, their bodies have been recovered and deposited at the morgue of the Ekiti State University Teaching Hospital.