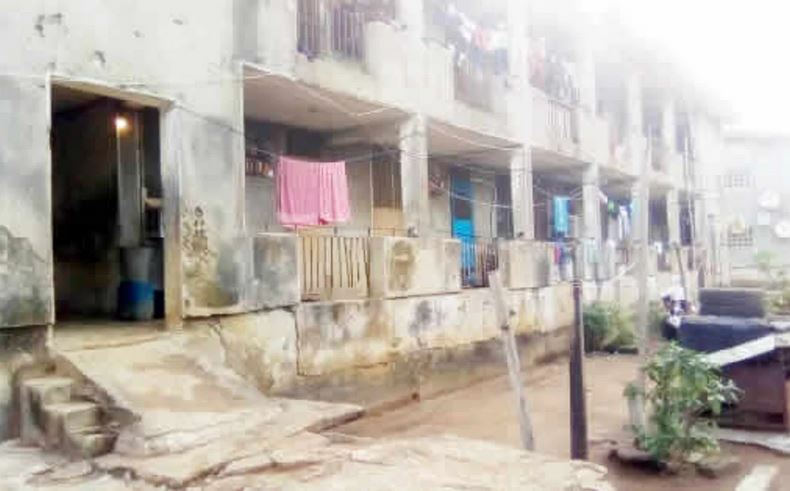 According to a report by Punch Metro, many policemen resident in Traffic Training School Barracks, Ikeja, Lagos, say they are on the verge of being homeless following an order, directing them to vacate the barracks on Tuesday, March 31.

A notice to quit memo dated February 24, 2020 issued to the occupants by the Force Provost Marshal and signed by an Assistant Commissioner of Police, Ajewole Adebayo, stated that they would be forcibly ejected by Tuesday.

“You are by this letter directed to quit the Staff Quarters and Hostels of the Traffic Training School, Ikeja –an advance (sic) Traffic wing of Police College, Ikeja, not later than March 31, 2020.

“You should note that your staying on the premises is illegal. If you fail to vacate the premises before the said date, you will be forcibly ejected and further disciplinary action will follow,” it read.

But some of the affected officers, who spoke to City Round on condition of anonymity for fear of being sanctioned, stated that the apartments were duly allocated to them contrary to the provost’s claim.

One of them showed our correspondent a letter from the Commandant Police College and signed by the Officer-in-Charge, Barracks and Housing, indicating that he was authorised to occupy a flat in the barracks.

The policeman and father of four said they were shocked by the directive and not given genuine reasons for the imminent ejection.

He said, “We are serving officers, so why do they want to eject us? They said we have to vacate the barracks because we are not serving at the police college. Are we not under the same Nigeria Police Force?

“We met with the provost and he said the Inspector-General of Police (Mohammed Adamu) ordered that we should be ejected but we don’t believe him. We called some people close to the IGP and they told us he is not aware. So where did the order come from? Over 30 families are affected.

A female officer said she was stunned by the directive, adding that she had no idea where she, her husband and their three children would relocate to.

“How is it possible for us to relocate within that short period when we have families? Some people think they are senior officers and they can do whatever they like and get away with it.”

“By the time they eject us now, we will be running helter-skelter to find another place. Does it mean the people that want to move in are better than us? We all swear to the same oath of allegiance to serve our fatherland. We are not illegal occupants; the apartments were duly allocated to us by the police college authorities,” another policeman added.

He said, “Go to the Force PRO if you want any information.”

Calls put across to the mobile of the FPRO were not answered and he had yet to reply to a text message sent to him on the matter as of press time.