The Commissioner of Police Kaduna State Command, Ahmad Abdurrahaman, on Wednesday refuted the story that the Kaduna-Abuja expressway have been blocked by criminals to harm commuters.

Mr Abdurrahaman said in a statement issued by the Command Public Relations Officers, Yakubu Sabo, a deputy superintendent of police, that the road was rather well fortified by security operatives, to ensure the security of commuters.

“The attention of the Kaduna State Police Command has been drawn to a fake story posted on the Facebook page of one Musty Dewu Airport recently to the effect that ‘he was told some villagers along Kaduna – Abuja Expressway have blocked the highway to harm commuters.

“The Command wishes to refute this story as false, mischievous and criminal aimed at creating unnecessary panic among unsuspecting citizens.”

Mr Abdurrahman reassures members of the public that the security along Kaduna-Abuja road has been fortified and there has not been any adverse report in that regard.

“Hence, citizens should disregard such callous and mischievous fake story and report any person or group of persons who are hell bent on causing breach of public peace through whatever means.”

He explained that the writer ignorantly and for mischievous reasons posted fictitious and unverified story.

The commissioner added that the command has relevant update on the security situation of every nook and cranny in the State at all times.

“The Command, therefore, warns that, it is a crime under the penal and criminal code laws to tell falsehood with intent to mislead the public and to cause panic to the unsuspecting members of the public.

“The Command, implores the public to be aware that, the story is ill motivated and intentionally orchestrated to cause unnecessary panic and to undermine the giant strides of the present leadership of the Command aimed at carrying out the core Police duties to protect lives and property of all citizens of Kaduna State, and this should be condemned by all, “he said

The commissioner warned that the Command will not tolerate or condone such deliberate acts and will deploy necessary resources to apprehend such mischief makers and allow the full weight of the law to be aggressively applied on them. INEC’s Artful Compromise On e-Collation Of Results: A Clear Case For The Jury 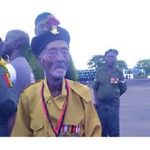 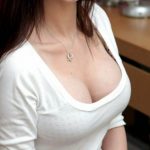