Erica: I can take bullet for Kiddwaya, other close friends 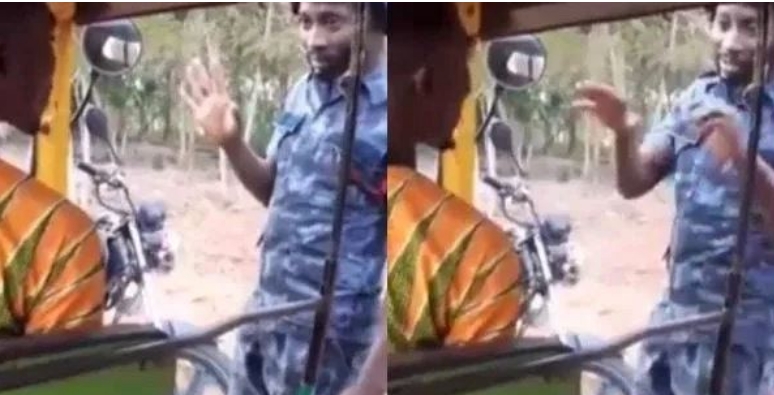 A video has emerged online showing the moment a Ghanaian police officer rejected a bribe that was offered to him by a Keke Napep driver, whom he subsequently warned not to repeat such again.

In the video which was secretly recorded by a passenger, the police officer could be seen requesting for a license from the Keke Driver.

But the driver gave out the license to the police officer with an unspecific amount of money embedded in it.

The police officer instantly became visibly angry when he saw the money and asked the driver if he is aware of how much he receives as salary monthly.

“Your money would not do anything for me, as I take more salary than you yourself. Are you aware how much I am paid a month?” the officer angrily asked the driver.

The policeman dismissed the driver, who was already apologizing, and warned him not to do such a thing again.

<!-- Tolanibaj --> Tolanibaj By Jennifer Okundia Newly evicted BBNaija housemate, Tolanibaj, who is a YouTube vlogger, took to her…

Erica: I can take bullet for Kiddwaya, other close friends

Wike: The emerging champion of the South-South region

Dr. Ngozi Okonjo-Iweala, Nigeria’s nominee for the position of Director General of the World Trade Organization (WTO), has expressed profound…

Atiku day-dreaming over claims he won in Kaduna – El-Rufai