The livelihood of at least seven riverine communities in Ogulagha kingdom, Burutu council area of Delta state is currently threatened by unknown hazardous substance which was allegedly deposited by the Shell Petroleum Development Company (SPDC), in the area.

The Nation gathered that the incident which has led to the death of hundreds of fishes occurred since February 15.

It was learnt that a water disposal line (WDL) was used to secretly dispose excess crude oil and other unidentified chemicals from SPDC’s Forcados terminal into the river, due to inadequate storage tanks.

Residents explained that the dead fishes were usually brought onto the shores by the tides. Some of them were reported to pick them up for consumption following the difficulty in catching fishes.

Chairman of Sokebolou, one of the affected communities, Mr. Churchill Dose, said SPDC has been called to clean up the environment and as well, send relief materials to alleviate the sufferings of the people whose major means of livelihood is fishing.

However, he noted that a meeting with officials of the SPDC last Friday, ended in a deadlock following the communities’ demands.

Dose added that efforts to get Delta state government attention, through the commissioner for oil and gas, has met dead ends.

According to him, the spread of the chemicals has polluted the entire river in the areas.

“We had a meeting with SPDC but the meeting was a deadlock. We gave them conditions and they tried to play defense. They have not agreed that it is their fault, but we told them to go collect samples. We believe they are responsible. But you know Shell with their policies.

“Actually, we have given samples to environmentalists. We even carried experts to our communities. They engaged the people. But some are still adamant, you know, with the hardship everywhere. Today (Monday), I had a call that a woman went to pick some to consume with her family.

“That is why we told Shell to take relief materials to the communities. The people who came for that meeting said they do not have the power to make that agreement with our kingdom. This is causing serious problem.

“Some who cannot afford to buy fish from Warri at still going out to pick the fishes. Because the chemical has driven the fishes deep into the sea. We have been crying to the Commissioner for Oil and Gas, but he has been silent on the issue,” Dose stated.

Revealing that on their part, efforts have been made to sensitize residents against consuming the dead fishes, as they may pose health hazards, he stated that soil; water and fish samples have been taken by experts to ascertain the kind of substance polluting the waters.

SPDC’s Media Relations Manager, Bam Odugbesan failed to respond to messages to his phone and Email, hours after efforts to get the company’s position on the development.

A further effort to Shell’s spokesperson, Corporate Media Relations, Michael Adande, also yielded no results, as he directed this reporter back to the manager. 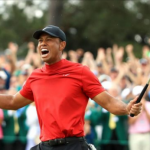 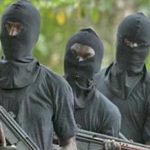 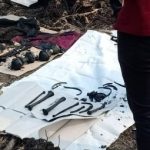