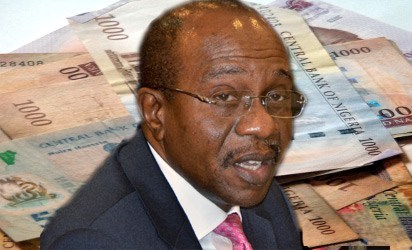 The Central Bank Of Nigeria, CBN has refuted claims that the Governor of the bank, Godwin Emefiele has been fired by the Nigerian Government.

On Monday, the Nigerian media was awash with reports of Emefiele’s Sack with many making wild guesses about the government’s reason for making such a decision just barely a week after its Presidential Elections.

However, in a telephone conversation today, Spokesman of the apex bank, Isaac Okoroafor debunked the rumour saying that the governor was in his office carrying out his daily duties.

He said; “I don’t understand what you mean…as I speak to you, the CBN governor (Emefiele) is in his office performing his duties”.