The regime of Nigerian Ruler, Muhammadu Buhari, will not implement policies that will affect the existence of the poor while raising revenue to fund the nation’s infrastructure projects, the Buhari Media Organisation (BMO) has said.

BMO Chairman, Mr Niyi Akinsiju, who stated this on Sunday at the News Agency of Nigeria Forum in Abuja, said the ruler always considered the consequences of every government policy on the Nigerian people, particularly the poor.

He explained that despite that Nigeria is broke under Buhari’s regime, he discarded advice to increase Value Added Tax by 15 per cent.

Akinsiju said, “We have a President that is considerate that for every policy, the important thing to him would be the consequence to Nigerian poor and the Nigerian people.

“The truth is that we are now thinking of building roads, upgrading schools, upgrading hospitals and all that when we have lesser money to attend to such.

“We would have gone into taxing, removing subsidy and all that, that is what most capitalists of the other worlds are telling us to remove subsidy so that the government would have more money.”

According to him, individuals, particularly, the poor will find it difficult to exist if such advice is taken by the present regime.

“There was just this 2.5 per cent increase in VAT and there was uproar, meanwhile our capitalist economists are telling us that we should have increased it to 15 per cent VAT, you can only imagine the outcome,” he said.

The BMO chairman blamed the nation’s underdevelopment on the previous administrations to do the needful in terms of basic infrastructure development.

“If today, we are talking of bad roads, bad hospitals, bad schools, it means that the governments of the past have abandoned their responsibilities.

“Because we cannot be talking about roads since independence in 1960, how many years after, close to how many decades as a country with governments at various times.

“If the government of each particular period had been constructing 100 kilometers of road per year, you can only imagine how many roads would have been constructed. We should not be thinking of roads now,” he said. 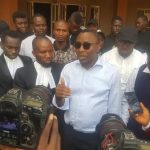 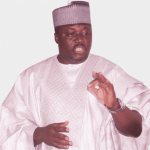 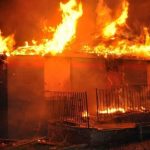