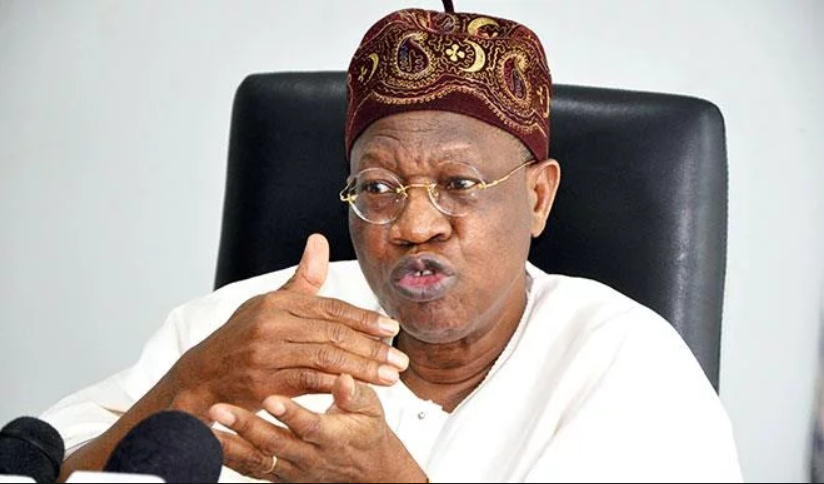 The Federal Government has admonished desperate politicians and the political elites with vested interest to desist from spreading the falsehood about religious persecution in Nigeria.

The Minister of Information and Culture, Alhaji Lai Mohammed who gave the admonition in London on Wednesday said that those who engaged in the act were doing so to demarket the country globally.

News Agency of Nigeria (NAN) reports that the minister is in London to engage with international media organisations and other think tanks.

“We are aware that some people are demarketing the country and there is no length they have not gone to do this.

“But the honest truth is that there is nothing like religious persecution in Nigeria.

“There is no state in Nigeria that has Muslims without Christians.

“We must be very careful not to demarket our country simply because we have not been able to get what we want,” he said.

The minister fingered desperate politicians as the peddlers of the falsehood, noting that the effect could be dire for the entire country.

“We know what some people did at the run-up to the last general election to ensure that this administration did not succeed.

“Since we won the election, we have called on everybody to come together to support this administration.

“Any attempt to demarket this country will have dire consequences on everybody; whether you are. Christian or Muslim.

“It is important for everyone to know that this country will continue to exist, even after 2023.

“Spreading falsehood will not be in our interest and we all know that religion is a very sensitive issue in Nigeria,” he added.

The minister also called on world leaders not to withdraw their support to the country in the fight against terrorism based on the falsehood and any other reasons.

“We cannot be left to ourselves. It took the whole world to flush out terrorists from Syria and we need that kind of thing in fighting Boko Haram in Nigeria.

“If you noticed, the entire Sahel is unstable today. Burkina Fasso, Chad, Mali, Cameroon, and Niger.

“This is not the time for the international community to withdraw its support.

“Terrorism is a global issue, and we all have a common destiny,” he said.

According to the minister, if terrorism is allowed to thrive in any region or part of the world, it will affect the entire world.