Thugs  on Friday night attacked the venue  for the Edo State  All Progressives Congress   faction loyal  to the National Chairman of the party, Adams Oshiomhole, in Iyekhe, Auchi, setting ablaze the podium,  chairs and two vehicles.

Oshiomhole, who decried the attack, said  during the rally that eventually took place  on Saturday that the APC  would continue to embrace peace.

Oshiomhole  received some defectors from the Peoples Democratic Party at the rally.

The ex-governor of the state  said, “When I was told that they burnt this place last night, I said they must be prepared to put more fire in other places because they can’t stop us. But don’t allow anybody to push you to any length that will provoke you to fight. Those who think they have power to fight should channel such energy into the opposition parties. What is happening here should reinforce our confidence in God. When God decrees peace, nothing can stop it, when God say it, no man born of  a woman can stop it.

“I don’t want to be a national chairman who will campaign across the country and will not be able to win his polling unit because politics is local. There are people who think that when they reach a high level, they forget the local (level). I was governor; I am no longer governor, I am national chairman today, tomorrow I will no longer be national chairman. Let me tell those people in high places that the only permanent place is the grassroots. Politics is a game of numbers not a game for the powerful because on election day all have one vote.”

A news medium quoted Oshiomhole as  saying, “I don’t want to be an Abuja politician who cannot win my unit and ward election.

“If I don’t win my place, how will I deliver the President and how will I be a useful national chairman?

“I will play national politics and I will also play unit, ward, local government and state politics because if you are disconnected with local politics, you are not going anywhere in politics.”

Abubakar Momoh,  who spoke on behalf  of the defectors, said they decided to join the APC to work with  Oshiomhole and Governor Godwin Obaseki towards a better Edo. 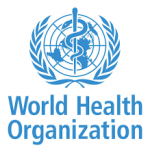