Representative John Lewis, a civil rights icon known for promoting voting rights, announced Sunday that he has stage 4 pancreatic cancer and vowed to fight it as he has fought for racial equality and other human rights throughout his life. Mr Lewis, who has served in congress since 1987, said doctors detected the disease this month during a routine medical visit and subsequent tests. He said he later received confirmation of the diagnosis. One per cent of patients live five years after a diagnosis of stage 4 pancreatic cancer, according to Johns Hopkins Medicine. The average patient with that diagnosis lives for about a year. Pancreatic cancer was the third most common cause of death from cancer in 2019, according to the National Cancer Institute. “While I am clear-eyed about the prognosis, doctors have told me that recent medical advances have made this type of cancer treatable in many cases, that treatment options are no longer as debilitating as they once were, and that I have a fighting chance,” Mr Lewis said in a statement. Mr Lewis said he planned to return to Washington to continue working and undergo treatment over the next several weeks. He said he might miss some votes during that time. I have been in some kind of fight – for freedom, equality, basic human rights – for nearly my entire life,” Mr Lewis said. “I have never faced a fight quite like the one I have now.” Mr Lewis has been called “the conscience of the US Congress”. His storied national legacy dates back to the fight for African Americans’ civil rights, when he organised sit-ins at segregated lunch counters and was beaten by pro-segregationists after he sat in bus seats reserved for white people on the Freedom Rides. As chairman of the Student Nonviolent Coordinating Committee, Mr Lewis was among the “Big Six” leaders who organised the March on Washington in 1963. In a speech there, he criticised the government for not doing more to protect black people in the South. “Where is the political party that will make it unnecessary to march in the streets of Birmingham?” Mr Lewis asked. A representative for Mr Lewis has said the congressman was arrested 40 times for various protests during the civil rights era. He has been arrested several other times since, including in 2013 at a rally for immigration reform. Register with your social account or click here to log inI would like to receive morning headlinesMonday – Friday plus breaking news alerts by email On what became known as Bloody Sunday in 1965, Mr Lewis and Hosea Williams of the Southern Christian Leadership Conference led about 600 silent people two-by-two from Selma, Alabama, to the state capital of Montgomery in a demonstration for voting rights. About 150 state troopers and other law enforcement met the marchers on the Edmund Pettus Bridge in Selma and ordered them to disperse. Before a two-minute warning ran out, law enforcement injured 58 people with clubs, bullwhips and tear gas. Mr Lewis’s skull was fractured in the attack. Six months later, President Lyndon Johnson signed the Voting Rights Act of 1965. Mr Lewis was elected to the Atlanta City Council in 1981 and became the representative for Georgia’s fifth Congressional District five years later. Mr Lewis is the senior chief deputy whip for the Democratic Party in the House and serves on the Ways and Means Committee. 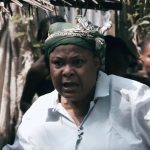 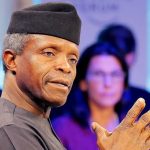 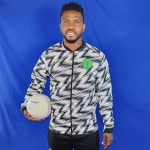