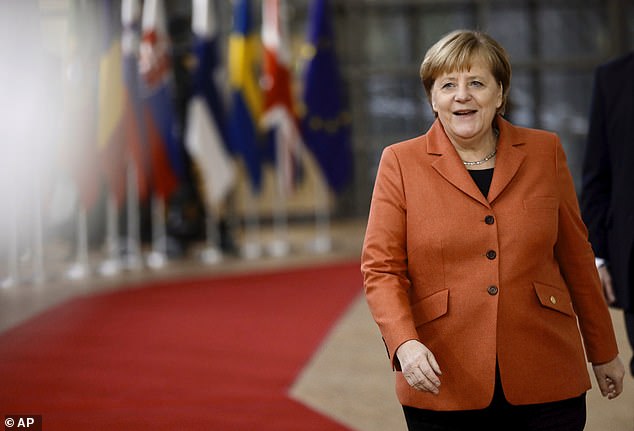 German Chancellor Angela Merkel has been crowned Forbes’ most powerful woman for the ninth year running.

The German leader topped the Forbes 2019 list of the most powerful women in the world, closely followed by Christine Lagard and Nancy Pelosi.

The publication praised her for her ‘steely reserve’, for standing up for US President Donald Trump and her ‘open door’ refugee policy which saw more than a million Syrian refugees enter the country amid the 2015 migrant crisis.

Growing up behind the iron curtain in the former East Germany, Merkel rose to become the Chancellor of Germany, a position she has served in since 2005.

She has often been hailed as the de facto leader of the European Union and even the ‘leader of the free world’.

Her time in office is expected to come to an end in 2021, with Merkel announcing last year that she intends to step down at the time of the next federal election in Germany.

This would make her the second longest-serving chancellor in Germany’s federal republic, behind Helmut Kohl.

In second on the list is Christine Lagarde, who became the first woman to head the European Central Bank (ECB) on November 1. The election means Lagarde is in charge of European monetary policy.

Speaker of the US House of Representatives Nancy Pelosi came in third on the list. Pelosi’s role makes her the highest-ranking elected woman in the country and second-in-line for the presidency.

This year she initiated the fourth-ever impeachment proceedings in history, against US President Donald Trump.

This year saw 23 newcomers on the Forbes list, including youth climate activist Greta Thunberg, who came in at number 100 and was honoured for ‘galvanizing millions of young people around the globe.’

The publication recalled Thunberg’s now-infamous words at the United Nations General Assembly in September: ‘You have stolen my dreams and my childhood with your empty words.’