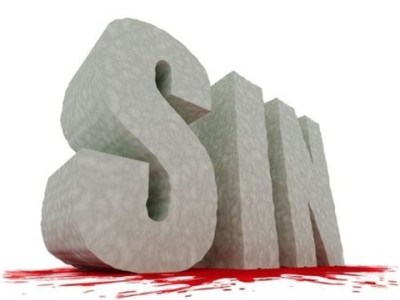 The chorus in the mouth of people of today is “judge not”. They often make the statement when someone tries to correct them or rebuke them for committing sin. Even those who do not believe in Jesus are always quick to remind Christians that Jesus said we shouldn’t judge.

These same people also love to be left alone in their sin because they believe the person rebuking them for it is also a sinner or has his own sins, even though they are quite different from or not as worse as the one being rebuked. According to these people, all sins are equal and the same, so if you are to judge them, better not have any sin at all.

Look brethren, all sins are not equal. Some sins are terrible that they cry up to God. Even Jesus confirms that there are greater sins when he was speaking to Pilate.

John 19:12 KJV
therefore he that delivered me unto thee hath the greater sin.

Imagine how horrible this world has become whereby a cross-dressing person will bark at you for criticizing him and try to silence you by reminding you of your own sins which might not be the same or as huge as his. Same thing with homosexuals who love to silence their heterosexual critics by reminding them that they fornicate. Are both sins the same? No. One is worse and utterly disgusting, such that when Sodom and Gomorrah engaged in the act, the news reached God in Heaven that he had to come down and see for himself. The sin of homosexuality is so worse that when God sent two angels to Sodom and Gomorrah, the men there tried to rape them. That’s why homosexuals are called Sodomites today, which is the appropriate term for them instead of the word gay which means happy.

Now, can I judge another person who commits sin? Yes you can, so long you aren’t committing same sin. When Jesus spoke of judging, he gave conditions on which we are not to judge, not that he said we should never judge.

Matthew 7:1-5 King James Version (KJV)
1 [b]Judge not]/b], that ye be not judged.
2 For with what judgment ye judge, ye shall be judged: and with what measure ye mete, it shall be measured to you again.
3 And why beholdest thou the mote that is in thy brother’s eye, but considerest not the beam that is in thine own eye?
4 Or how wilt thou say to thy brother, Let me pull out the mote out of thine eye; and, behold, a beam is in thine own eye?
5 Thou hypocrite, first cast out the beam out of thine own eye; and then shalt thou see clearly to cast out the mote out of thy brother’s eye.

The first two words which are in bold is where majority stop reading. It is almost like the most memorized verse which they throw at critics of their evil and wicked lifestyle. But was that all what Jesus said? No.

If you read further, you will see that Jesus only stated that we shouldn’t judge if we are guilty of what we are passing judgement on. Example is when you are a social drinker but you condemn drunkenness. Look dude, you are both drinkers of alcohol. Or when you have a bad eating habit but you criticize a smoker, you both have a bad habit that you need to quit. That’s why Jesus said if you have a plank in your eyes and you are worried about the sawdust in another man’s eyes, then you are a hypocrite. You have a serious issue in your life that needs to be dealt with, but you would rather it be left alone whiel you exhaust your energy on a man whose own issue is minor. What makes you think the man’s own problem is worse than yours? Deal with your own issue first before you consider his own.

When you are not guilty of a particular type of sin, you can boldly speak against it. Simply because I smoke doesn’t mean I can’t speak against a man who dresses like a woman or a woman who dresses like a man, such people whom God says are an abomination to him. Remember that Jesus said if we judge, same standard or measure will be use against us. Now, since I don’t cross dress, I am willing to be judged by that standard because I will come out clean. But as a cigarette smoker, I dare not criticize marijuana smokers. Look dude, it’s grass we both smoke, just different species. If I dare open my mouth to pass judgement on marijuana smokers, then whatever judgement I passed will be used against me as a cigarette smoker, since we are all smokers.

The bottom line is that never allow anyone talk you down from condemning evil by reminding you of your own sins which aren’t the same as the evil you are currently rebuking.
What such evil people want is a lawless land where everyone is left alone to do whatever they like. This is not Sodom and Gomorrah we are in. 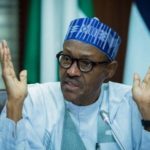 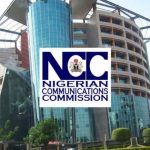 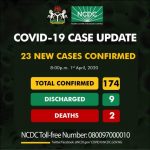