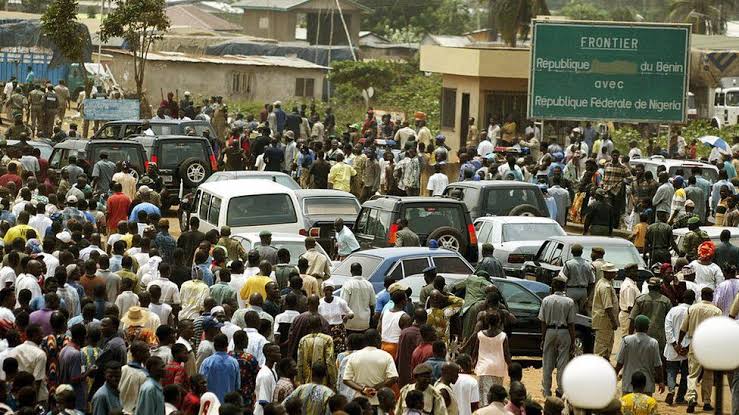 The excruciating effect of Nigeria current border policy to shutdown the importation of rice has raised various reactions with the IMF lauding the Buhari led administration for her action.

The Republic of Ghana has put plans in place to ban the importation of rice and poultry in three years’ time. This information was made public by the Minister of Agriculture for the West African nation, Dr Owusu Afriyie-Akoto.

This is coming weeks after Ghana begged Nigeria to open its borders, adding that it was heavily affected by Nigeria’s decision to close its borders.

Why this matters: According to Dr Afriyie-Akoto, Ghana wants to divert its attention into boosting local production and shun heavy reliance on rice and poultry importation, hence the three years’ timeline.

It was pointed out that 82% of the bulk of Ghana’s imports is for rice alone. This accounts for over $1 billion, a calculation that translates into almost 2% of Ghana’s Gross Domestic Product (GDP), according to Ghana Deputy Trades Minister, Robert Ahomka Lindsay.

Plans to boost local production: Ghana Agric Minister wants to combat this importation struggle through a flagship programme known as Planting for Food and Jobs in order to boost local capacity to meet high demand as well as simulate trade between merchants and local farmers.

Afriyie-Akoto said the Planting for Foods and Jobs initiative could be operational in three years and enough to combat rice and poultry importation during that same period. He was confident his ideas would work because the law backs his decisions and he noted that the initiative did not violate World Trade Organization (WTO) rules neither was it overambitious.

About Planting for Food and Jobs: The programme is expected to provide farmers fertilizers at low rates to help boost local yield. The subsidized rate, which is 50%, is catered for by the Government as an incentive to smallholder farmers.

So far, farmers who used to produce three bags of rice per acre in the past, now produce 10 bags.
The ripple effect has led to the creation of more jobs as the need for hired hands in the harvesting and processing of farm produce has spiked.
Jobs created as at 2017 stood at 745,000 which is now improving to 900,000, according to the Agric Minister.
In addition, a spinoff of the programme tagged, “rearing for food and jobs is set to begin.”