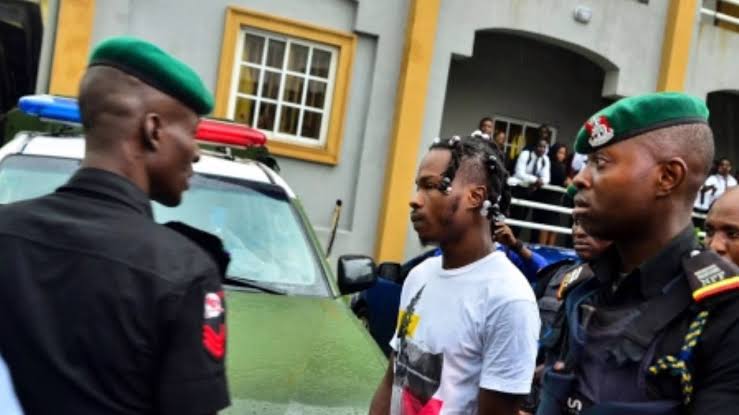 The trial of popular Nigerian musician, Azeez Fashola, popularly known as Naira Marley, resumed on Tuesday at the Lagos Division of the Federal High Court.

During the hearing, the judge, Nicholas Oweibo, ordered the Economic and Financial Crimes Commission (EFCC) to furnish the defence counsel, Olalekan Ojo, with witness statements which it (EFCC) took while investigating Naira Marley for alleged internet fraud.

Prior to the commencement of trial, Mr Ojo brought to the notice of the court that he had a motion on notice that he would prefer to be heard and determined before the trial opened.

“In the course of pre-trial preparation, it was discovered that certain documents which we require and to which prosecution made reference in their proof of evidence, are not available to us,” Mr Ojo said.

The EFCC counsel, Rotimi Oyedepo, however, opposed the adjournment application, stating that the prosecution was not in possession of the required documents.

He also added that the defence was not entitled to the statements as a right.

Justice Oweibo, however, gave leave to the defence to raise its motion.

In the motion, the defendant prayed the court to compel the EFCC to furnish him with the prosecution witnesses’ statements.

After listening to the motion, the judge gave a bench ruling in favour of the defendant.

He then ordered the EFCC to provide the defence with its investigators’ statements, if any.

“In a criminal trial, it must be borne in mind that criminal trial at the Federal High Court is a summary trial, therefore proof of evidence is not required,” the judge said.

”However, the investigating officer’s report must be furnished to the defence and the statements of witnesses, if any.”

Justice Oweibo subsequently adjourned till October 23 for the commencement of the trial.