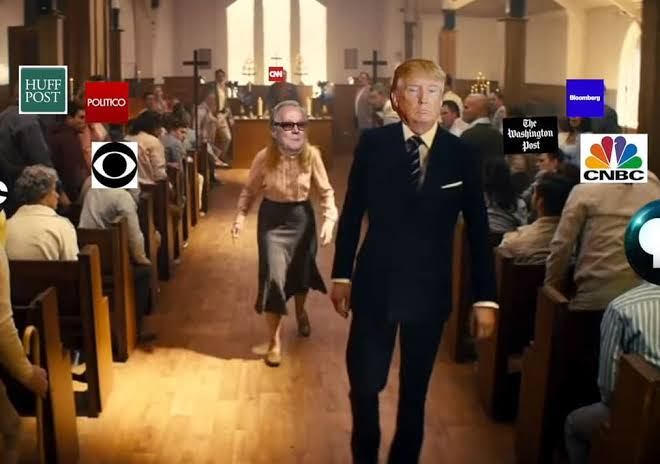 A video depicting Donald Trump slaughtering journalists and political opponents was reportedly shown to a group of his supporters at a resort he owns in Miami.

The spoof of the film Kingsman: The Secret Service shows the president’s head superimposed on Colin Firth’s body as he walks into the “church of fake news”.

The “congregation” is made up of American news organisations, including NBC, National Public Radio, HuffPost, Politico, Vox, Vice News, The Hill, Buzzfeed News, CNN and others.

The Trump character goes on a killing spree, using a gun and spear to kill members of the congregation.

Victims include the journalists, and Democrats such as Nancy Pelosi, former president Barack Obama, Senator Bernie Saunders and Bill and Hillary Clinton.

According to the New York Times, the video was screened last week at the Trump National Doral Miami – a luxury golf resort – during a conference organised by pro-Trump group American Priority.

Its president, Jonathan Karl, said: “The WHCA is horrified by a video reportedly shown over the weekend at a political conference organised by the president’s supporters.

“All Americans should condemn this depiction of violence directed toward journalists and the president’s political opponents.

“We have previously told the president his rhetoric could incite violence. Now we call on him and everybody associated with this conference to denounce this video and affirm that violence has no place in our society.”

American Priority, said in a statement on Twitter that it had not been aware of the video and did not approve it.

“It has come to our attention that an unauthorised video was shown,” the group said, adding that the video had been shown in a “side room”.

“This video was not approved, seen or sanctioned by the organisers,” it added.

American Priority says on its website that it supports free speech as protected by the First Amendment of the US Constitution.

A spokesman for Mr Trump’s campaign said he knew nothing about the video, the New York Times reported. 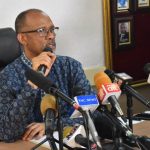