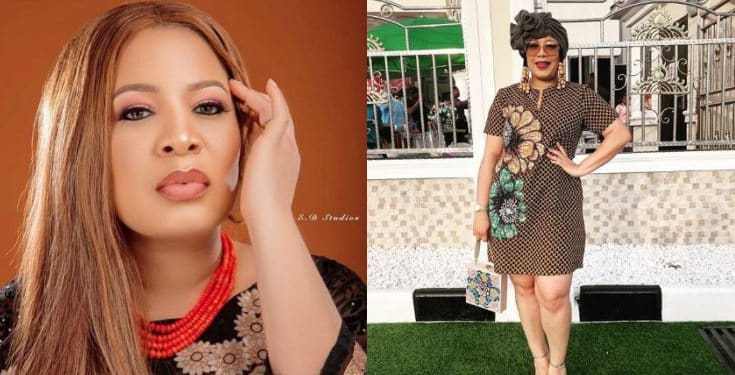 Nollywood actress, Monalisa Chinda has opened up about the heartbreaking experience she endured in her first marriage, saying she suffered domestic abuse all through the five years the union lasted.

During a recent interview with TopNaija, Monalisa Chinda opened up about the abuse she suffered in her first marriage which she wasn’t willing to leave despite the abuse.

The actress revealed that she assumed things would get better after the birth of their first child but it only grew worse.

She also revealed that her church pastor at the time did nothing to help the situation despite reporting the issue to him.

The actress who didn’t consider divorce to be an option resorted to prayers and resolved to leave. Her motivation to leave the marriage came when she was being beaten by him and she heard the neighbours call out for him to stop.

According to her, the fact that the neighbours were fully aware of her dilemma pushed her to walk out of the marriage, damning the consequences.

The actress revealed that she left with her daughter. However, when she went back to the house to pick up some of her daughter’s things, she was beaten and almost lost her life.

She stated that she left and never looked back. She revealed that a friend in the industry advised her to see a lawyer and that was how everything changed for the better.