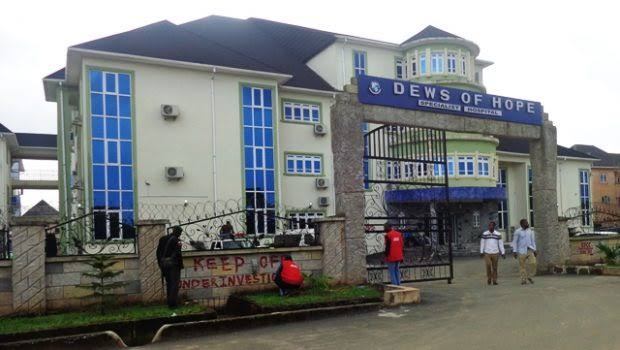 It is no longer news that some stolen property belonging to the Government of Imo State were discovered and recovered from the All-in shop in Owerri, belonging to Mrs. Nkechinyere Rochas Okorocha and House Freeda belonging to their daughter, Mrs. Ulooma Rochas Nwosu.

It’s also not news that the discoveries and recoveries of the stolen government property were made by the “Committee on Recovery of Moveable Property Belonging to the Government of Imo State” led by Hon. Jasper Ndubuaku, the Senior Special Assistant (SSA) on Security to the Governor of Imo State, His Excellency, Rt. Hon. Emeka Ihedioha, CON, KSC.

Probably, what’s is news is that the direct evidence of stealing by the ex-first family has exposed them to Imo people and the world as a family suffering from acute greed and avarice.

The discovery also presents a flashback in sober retrospection, the uncomplimentary statement made by the the President of the Federal Republic of Nigeria, Chief Olusegun Obasanjo, when he came to Owerri on an electioneering campaign.

The then President had said and I quote him verbatim: “I give you a small thief but you choose a big thief”! This statement has been engraved in the minds of history of Imo people of that era. It’s, however, good to remember it at a time like this when stolen government property are discovered and recovered from shops and warehouses belonging to the Okorochas.

It may recalled that the Ndubuaku Committee had made several public appeals to everybody that served in the rogue regime of Ex-governor Rochas Okorocha to handover and return all government properties in their possessions.

After what was an ample appeal and reminders in the organs of mass media and communication, the Moveable Property Recovery Committee swung into action.

With a large number of good Imolites providing useful information and free whistle blowing, a lot of stolen property were discovered and recovered from the Okorochas!

Is stealing in Rochas’ genes? How could a Forbes rated multi-billionaire in dollars be caught with stolen moveable government property? Now, his wife and children are also caught in the web of stealing government property. There’s every reason to agree that stealing is in their genes!

As the Judicial Panel of Inquiry probing the immoveable landed properties have commenced work, there’s no gainsaying that the shame and disgrace of Rochas, his family and his son-in-law will be heightened for the world to see the calibre of low lives that took of providing government and governance to Imo State and Imo people.

No doubt, the discovery of stolen government property in the shops of the Okorochas has some salient implications which are worth adumbrating on.

First, the ex-governor Rochas Okorocha will go down in the annals of Imo State as the all time worst governor the State ever had. It’s a record he set and an example no normal governor after him will want to contend for not to talk about breaking it.

Second, Rochas has made Imo people to be more conscious of the calibre of politicians they will be voting for and electing as governor, after Rochas. That’s why Ndimo utterly rejected Uche Rochas Nwosu and thereby ultimately rejected Rochas and torpedoed the evil political dynasty he was building in Imo State.

Third, that stolen government property could be found in the shops, warehouses and hotels, schools, hospitals and farms belonging to the Okorochas has taught Imolites to be alert and alive to the character and conduct, actions and activities of their governor, his family, his aides and agents.

This lesson is gathered from the fact that the Ndubuaku Committee on Recovery of Stolen Property Belonging to the Government of Imo State is not a spirit Committee. Hence, it required the cooperation of Imo people, who provided all the useful information that led to the discovery and recovery of the stolen property from the high and mighty in the failed rescue mission rogue regime.

Fourth implication is that it has equipped government officials, both civil servants and political appointees to be aware that their character and conduct, actions and activities while in office are being taken note of by members of the public that are noiselessly watching him or her. It therefore presents a checkmate against stealing of government property by government officials.

Fifth, the discovery and recovery of stolen government property in the personal shops and warehouses etc belonging to Rochas Okorocha and his family must have whipped up the need for office equipment not to be totally replaced by each new governor and his administration. It demands good accounts and accountability for office equipment and materials used by an out-gone governor, his appointees and civil service officials.

As we rub minds here in this short essay, most offices in the Government House, Owerri inherited by the new governor, His Excellency, Rt. Hon. Emeka Ihedioha, CON, KSC are like a war front holitically looted and vandalized by an enemy army.

What actually happened without much need for proof is that as they say “like the leader, like the followers”! That means as Rochas, the governor and his family and aides were stealing moveable government property, his political appointees and top civil servants emulated them.

As at today about 100 vehicles and thousands of chairs, with various other categories of property stolen from the Government of Imo State have been discovered and recovered from officials of the rescue mission rogue regime by the Hon. Jasper Ndubuaku Committee.

It would have obviously been a different story if the Committee didn’t discover or recover any stolen government property with the wife and children of the ex-governor. If it were political appointees and civil servants alone that were implicated for stealing government property, Rochas and his family, would have retained some level of regard and respect.

Unfortunately, the chief thieves of the stolen government property are Rochas and family that were supposed to be at forefront of chasing after those that stole government property, discovering where they were hidden and recovering.

I have been receiving some abusive and insultive messages and calls urging me to stop exposing the atrocities of Rochas and Company. But my consolation is that I am aware that I have the backing of the greater majority of Imo people on the moves to recover from Rochas with his family and aides all that they looted from Imo State and Imo people.

I am a mere investigative journalist by training and practice. I gather news raw materials, process them with English Language and disseminate the processed news raw materials as news, news analysis, features, that I present as short essays.

In this issue of stealing of government property, I contributed nothing. I am not a whistle blower. It’s the outcome of the whistle blown by good Imolites that I process and disseminate.

Let me leave it at this juncture, believing that the purpose of this short essay has been achieved. And that that the discovery and recovery of stolen government property from the Okorochas has very salient implications for the Imo and wider society.

Ogu Bundu Nwadike, M.A is the personal assistant(Admin) to the Imo state governor. 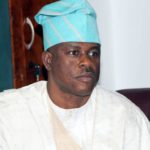 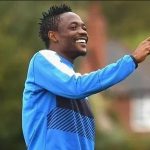 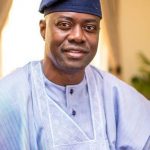 We will make it difficult for godfathers, Makinde vows 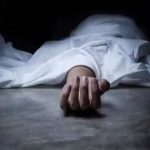 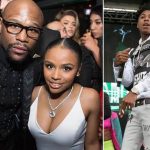