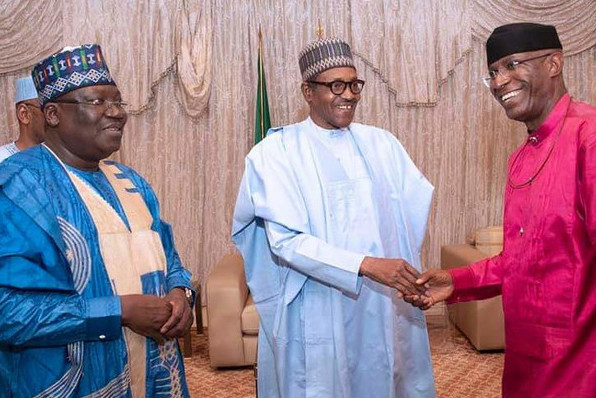 Senator Ovie Omo-Agege has said that with his emergence as Deputy Senate President and Ahmed Lawan as Senate President, President Muhammadu Buhari will no longer be threatened with “impeachment” by the legislature.

The Deputy Senate President made this comment while speaking on Thursday in his country home, Orogun in Ughelli North Local Government Area of Delta State. He said:

“Gone are those days when impeachment threats will be issued to the President. But today we are having a house where you have the Senate President, Sen. Ahmed Lawan and myself combined, we will make Nigeria better with the supports of all Nigerians.”

The Deputy Senate President noted that he his occupying the position because President Buhari made it possible. In his words:

“President Buhari put his legs down that I become the Deputy Senate President.”

While pointing out that President Buhari loves the Urhobo people and Deltans in particular, Sen. Omo-Agege said President Buhari has appointed a Deltan in the person of Mr. Festus Keyamo, SAN, as a minister to serve in his cabinet even though the odds leading to his emergence were enormous.

He urged Deltans to thank President Buhari for his emergence as Deputy Senate President serving with Sen. Ahmed Lawan as President of the Senate, who is working positively to ensure that the next level agenda of the president comes to reality.