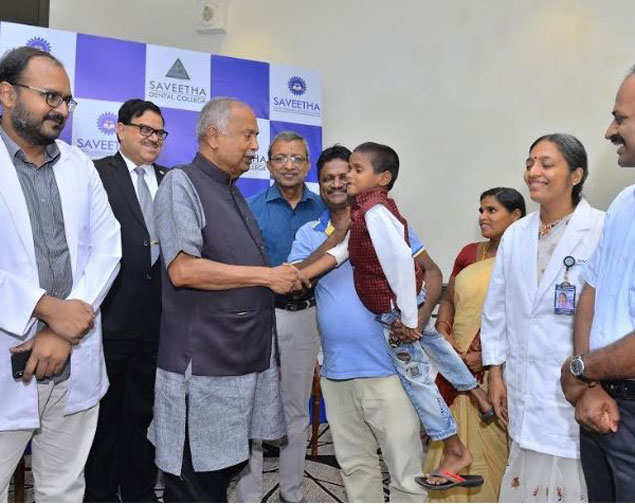 Unbelievable! Doctors Remove 526 Hidden Teeth From The Jaw Of A 7-year-old Boy

The swollen right cheek of seven-year-old Ravindranath looked like a symptom of a decayed tooth to his parents. But tucked inside his right tiny lower jaw were 526 teeth that dentists had to remove surgically.

The abnormal teeth, embedded in the jaw bone, were not visible from outside the mouth. Dentists surgically removed all of them and retained his normal teeth, numbering 21.

On Wednesday, the boy climbed on to his father’s arms and shyly smiled at the flashing media cameras. He then touched his slightly swollen jaw and said, “No pain.”

Doctors at Saveetha Dental College said it has taken only a few minutes for them to convince the boy’s parents that a surgery was necessary. But doctors and postgraduate students had to speak to the boy for several hours before he agreed to cooperate.

Once he agreed, dentists removed the abnormal teeth in a surgery that lasted nearly five hours.

Doctors said the boy’s condition was called compound composite odontoma. It is a rare condition.

“The teeth were in different sizes that varied between 0.1 mm to 15mm,” said college head of maxillofacial pathologist Dr Prathibha Ramani.

“They looked like pearls in an oyster. Even the smallest piece had a crown, root and an enamel coating like a tooth,” she said.

“This is not just about our surgical accomplishment. It’s about the need to improve paediatric dental care and create better awareness about oral hygiene and dentistry among people,” said college’s head of department of oral and maxillofacial surgery Dr Senthilnathan.

Though doctors were not able to conclude what had caused the abnormal growth, they said it could be because of radiation from mobile towers and genetic causes.

When Ravindranath was three years, his parents noticed some swelling on his right cheek. “We took him to a government hospital, but they could not convince him to sit down for tests. We also let it go as we thought he was just a small kid,” said his father, S Prabudoss, who works as a sales executive at a private firm.

When the swelling increased, he was referred to Saveetha Dental College. Tests, including x-rays and CT scans, showed that he had several tiny teeth growing inside the jaw. After convincing the family, the surgery was slotted for July 11.

“Surgery was inevitable. Instead of breaking open the bone from the sides and leaving a large hole, we drilled into it from the top. Luckily, he did not require any reconstruction of the jaw. There was a sac with tiny teeth that had to be carefully removed so that they didn’t chip and break away. His healthy teeth were left behind,” Dr Senthilnathan said.

“We have never seen these many teeth in any one site,” said Dr Ramani. Reports show that doctors in Mumbai removed 232 teeth from the mouth of a teenager in 2014.

Doctors said like many boys of his age, permanent teeth were erupting in Ravindranath. “He may not have the two molars on his right lower jaw. But he can choose implants when he is 16 of 17 years,” she said.

As of now, the chance of recurrence is low, but doctors haven’t been able to point out the exact cause.

“Biopsy results showed it was just abnormal growth. There could be a strong genetic connect, but we cannot rule out environmental factors such as radiation from mobile towers,” she said.

For an ongoing study, the college screened more the 250 people living close to mobile towers.

“At least 10% of people had micronuclei changes in their cells. This change can cause controlled or uncontrolled multiplication of cells and diseases,” said Dr Ramani said.

“We may have to do a larger study to prove the link between mobile towers and micronuclei changes,” she said.

Hospital founder and chancellor N M Veeraiyan said the surgery had been done free of cost. 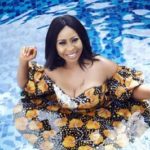 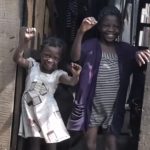 This Insightful Documentary Shows How The People Of Makoko Live 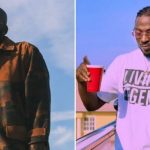 Peruzzi Joins Famous Bobson For The Remix Of His Single, ‘Stainless’ 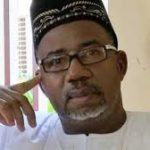