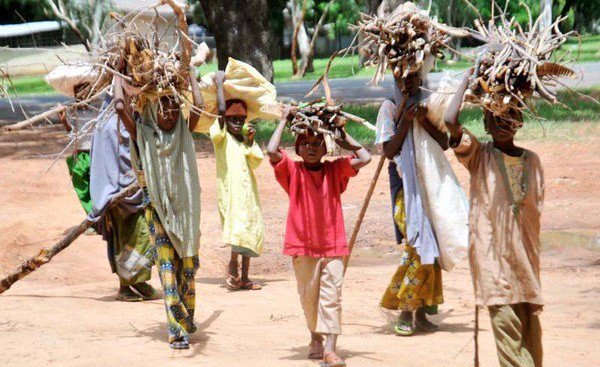 The decision of the Socio-Economic Rights and Accountability Project (SERAP) to petition the International Criminal Court (ICC) over Nigeria’s ever-increasing population of out-of-school children is a courageous attempt to hold the nation’s leaders accountable for their actions in office.

SERAP’s deputy director, Kolawole Oluwadare, put the case succinctly when he stated that “the crime of leaving millions of Nigerian children out of school is an opportunity for [the ICC to effectively enforce its policy on children and other important statements of international criminal justice.”

At an estimated 13.2 million individuals, Nigeria has the largest number of out-of-school children in the world, representing some 20 per cent of the global total. Last year, the United Nations Children’s Fund (Unicef) claimed that 50 per cent of children in northern Nigeria dropped out of school to get married. Two-thirds of children in the same region are said to be functionally illiterate.

Apart from the staggering waste of potential human resources, this tragedy has resulted in an army of malleable youths that has served to aggravate the country’s challenges with crime, human-trafficking, insurgency and terrorism. It has helped to bolster the outdated almajeri system, fuelled political violence and spurred communal crises.

Successive administrations have failed to address the problem with the commitment that it deserves. In spite of several education summits, the establishment of the Universal Basic Education Commission (UBEC), the Nigerian Commission for Mass Literacy, Adult and non-Formal Education (NMEC), and the National Commission for Nomadic Education (NCNE), the huge population of young Nigerians who have been denied the benefits of western education has continued to grow.

SERAP has established a formidable reputation for holding governments to account. In a number of admirably neutral interventions, it has taken on successive administrations on issues like asset-declaration by public office-holders, electoral integrity, healthcare, the judiciary and corruption. It has undertaken extensive investigations into various sectors and has produced reports which have exposed incompetence, dereliction of duty, fraud and wastage.

The latest petition to the ICC is a tried and tested strategy through which SERAP seeks to internationalise local challenges that are perceived to have been aggravated by government’s intransigence, indifference or incompetence. By so doing, it hopes to achieve the threefold aim of solving the problem, bringing international pressure to bear, and embarrassing government into better behaviour.

As SERAP itself points out, the ICC does have legal grounds to hear its petition, given its past intervention in similar child-rights cases in the Democratic Republic of Congo and elsewhere. In 2016, the ICC’s Prosecutor, Ms. Fatou Bensouda, launched a policy on children, stating that the court would strengthen its resolve to end impunity in atrocities involving them.

While it is entirely possible that the Federal Government will simply ignore the petition as it has done in the past, it will be difficult to treat the issue with indifference, especially given its obvious implications in an era of increased security threats.

Rather than studiously ignore honest calls for it to live up to its statutory responsibilities, however, the Buhari administration would do well to re-examine its education policies with a view to understanding why the issue of getting more children into school has proved to be so difficult.

One of the first places to start would be its much-lauded school-feeding programme, whose undoubted success clearly demonstrates its capacity to attract more children to school. As at 2018, it covered 26 states; it should be expanded to encompass all states of the federation as quickly as possible, so that more children can benefit from it.

Another strategy would be to tackle the vexed issue of the refusal of states to contribute the required counterpart funding to UBEC’s primary school education programme. Over N84 billion of such funds have not been accessed by states since 2015, simply because of their failure to put up their own share of the money.

Instead of depending on moral suasion, legislation should be promulgated to compel states to provide a minimum amount in counterpart funding for primary level education.

The cultural obstacles in the way of getting more children in school require a combination of compulsion and tact. Nigeria’s northern states should make it compulsory for children to be in school, while offering a mix of incentives to make it easier for them to obey.