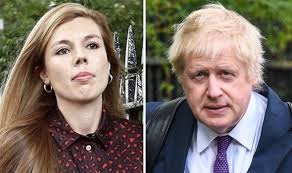 Boris Johnson’s girlfriend, Carrie Symonds, looked on as the former mayor of London entered his Downing Street headquarters for the first time as prime minister — but it remains unclear if she will be moving in too.

Symonds is an avid environmental campaigner and previously worked on his re-election campaign as London mayor in 2012.

The two have been a public, but largely discreet, couple since the serial philanderer split last year from his wife of 26 years.

He is the first prime minister since Edward Heath in 1970 to take office without a spouse by his side.

As Johnson arrived in Downing Street from Buckingham Palace to take up the reins of power, Symonds was front and centre among dozens of staff and aides cheering his arrival from further down the road.

British newspapers have been rife with rumours over her future role as the nation’s “First Girlfriend” and whether she will also live at his 10 Downing Street headquarters.

He refused to discuss the matter on several occasions during the campaign, telling party members last week: “I just don’t talk about people I love.”

The couple are believed to have been living together in south London after Johnson and now estranged wife Marina Wheeler, 55, confirmed their separation last September.

Symonds was thrown into the spotlight in June when neighbours called the Police after they overheard her screaming at him during a late-night row.

Symonds yelled “get off me” and “get out” amid the sound of things being smashed, according to a recording made by one neighbour and given to The Guardian.

Police attended the scene but took no further action.

The couple have not been living at the residence since the incident, and recently bought a three-storey, four-bedroom house about a mile away, according to reports.

Symonds is the daughter of Matthew Symonds, a co-founder of The Independent newspaper, and Josephine McAfee, a former lawyer there with whom he had an extra-marital affair.

She grew up in southwest London, attending the exclusive Godolphin and Latymer private school before studying theatre studies and history of art at Warwick University in central England.

Symonds began working for the Conservatives in 2010 as a marketing director for MP Zac Goldsmith, and first came into contact with Johnson by working on his mayoral campaign.

She went on to hold various press jobs at party headquarters, including director of communications, but left that role last year.

The Daily Mail reported earlier this month that she had quit after being accused of unauthorised expenses and leaking stories to the media that were damaging to outgoing prime minister Theresa May.

Symonds and the Conservatives declined to comment to the paper, while a friend was quoted by the Mailas saying that the claims were an attempted smear by Johnson’s opponents.

An avid campaigner against plastics, she has since joined the global marketing team at conservation charity Oceana, focusing on a Bloomberg Foundation “vibrant oceans” initiative.

The new prime minister’s aides are said to be divided on how to handle the relationship — and whether Symonds should join Johnson in Downing Street.

Some believe she could play a valuable role and credit her with improving Johnson’s notoriously scruffy appearance in recent months.

However, others fear presenting them as a couple could cause protocol problems and draw undue attention to his history as a serial cheater.

Johnson had four children with Wheeler — his eldest daughter is just five years younger than Symonds — as well as a daughter resulting from a 2009 fling.

During a court battle relating to that birth, it was alleged he had had another child out of wedlock, but it remains unclear and Johnson has refused to comment.

He and Symonds are reportedly set to marry next year once he has divorced, with some advisers said to be advocating she keep a low profile until then.

Johnson would be the first British prime minister to wed while in office for 250 years. 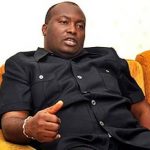 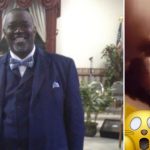