The Governor of Borno State, Kashim Shettima, has won the senatorial seat of Borno Central district.

The governor, who contested the senatorial seat on the platform of All Progressives Congress (APC) defeated his strongest rival, Muhammed Abba-Aji of the People Democratic Party (PDP). Mr Abba-Aji had once represented the zone between 2003 and 2007.

Mr Shettima was declared the winner of the keenly contested seat in the early hours of Tuesday at the INEC Zonal collation centre in Maiduguri.

The governor, whose eight-year- tenure ends on May 29 would be the first governor of Borno State to seamlessly transit to the Senate in the history of the state.

According to the returning officer for Borno Central senatorial election, Yusus Yusuf, Mr Shettima of APC polled 109,363 votes to beat other party candidates including his strongest contender, Muhammed Abba-Aji, of the PDP who got 44, 257 votes.

About 24 hours to the announcement of the results, Mr Abba-Aji, who eventually emerged first runner-up in the contest had granted a press conference rejecting whatever results that would be the outcome of the Saturday Senatorial election.

Mr Abba-Aji said the election was rigged from the onset, alleging that the Borno State government, the security and the Independent National Electoral Commission (INEC) had colluded to falsify results to favour the ruling APC in the state.

The former senator, who led other candidates of the PDP in announcing their rejection of results, said in most polling units, results were not announced before they were taken to the wards and local government collaboration centres.

“We are rejecting whatever the outcome of the just concluded election will be because it has violated all the laws and processes,” he said. 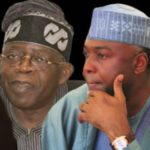 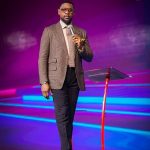 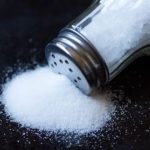 NAFDAC warns Nigerians against use of non-iodized salt 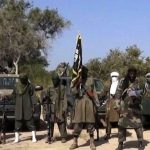