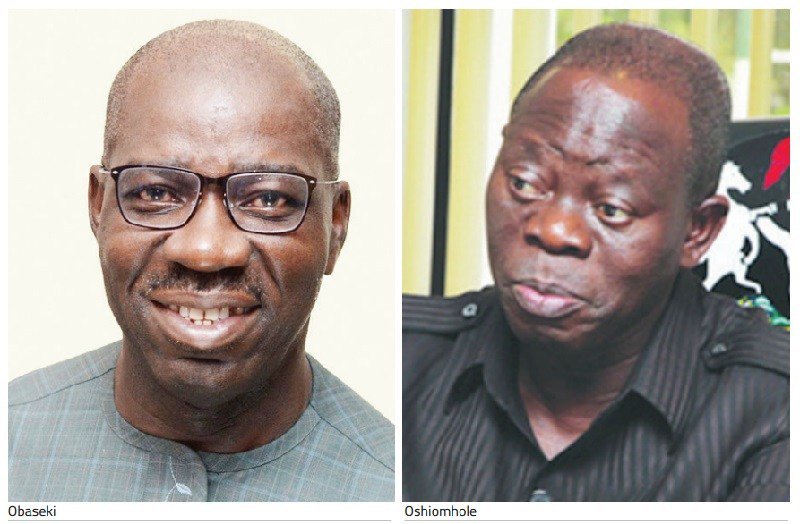 Edo State Governor, Mr. Godwin Obaseki, has said that the failure of the national leadership of the All Progressives Congress to properly investigate issues in the Edo State House of Assembly caused the crisis to linger.

Governor Obaseki spoke when the Senate Committee set up to look into Edo Assembly crisis visited the state for its fact finding mission.

The Committee arrived that state aboard a private jet marked N313MS.

Governor Obaseki who thanked the Senate for deeming it fit to visit the state with a fact finding team to understand what happened said the crisis would not have degenerated if the leadership of the APC had done same when the matter started.

Obaseki stated that he has performed his constitutional duty by issuing a proclamation letter and that the Clerk of the House undertook the processes as deemed fit.

He explained that there are issues within the legislature and they have gone to the judiciary as the constitution provides for clear separation of powers.

According to him, “When people arbitrarily make up their minds because of some predetermined outcomes and make statements and conduct themselves, this is what it leads to.

“Whatever the outcome, we expected that if a higher authority were concerned about the fate of this state, they would have called to see how to resolve the issue but that wasn’t done. The matter has moved to court and all parties are in court. I have done my own beat. Within the legislature, there are issues and they have gone to the judiciary and the constitution provides for clear separation of powers.

“We have evidence that people are under pressure. Look at this matter in the interest of our country and in defence of our democracy.”

Senator Abdullahi said the Senate was concerned about restoring peace and order as provided for in the Constitutional.

He explained that there was no clash with the House of Representatives Committee as their duties are seen as a function of the National Assembly.

He said, “The civility of Edo people is not in doubt. Edo State has a long history of parliamentary civility. I think everybody who is lover of this state will want to ensure that nothing short of that prevail.

“I want to assure you that we will do what the Constitution allows us to do. The House of Representatives Committee was here and we are here because it is bicameral legislature.

“Ours is to articulate and prepare the facts before colleagues. I know that the 109 will do justice to any matter before them.

“I assure you that we are out for the good of the state and its people.”