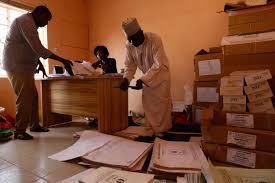 The Borno State collation agent for the Peoples Democratic Party in the last presidential election, Mr. Nicholas Msheliza, said at the Presidential Election Petition Tribunal on Thursday that virtually all the result sheets from the various local governments in the state were mutilated.

He also said there was zero accreditation of voters in over 200 polling units out of the 3,933 statutory polling units in the state.

He noted that there were a total of 5,078 ‎voting points, including the polling units.

Testifying as the 23rd petitioners’ witness at the instance of the PDP and its presidential candidate, Alhaji Atiku Abubakar, Msheliza also said the total votes of 911, 786 declared by the Independent National Electoral Commission was well over the accredited voters across the state”.

The petitioners are, by their petition filed before the Justice Mohammed Garba-led tribunal of five judges, challenging the victory of President Muhammadu Buhari and his All Progressives Congress at the poll.

Under cross-examination by the respondents to the petition, Msheliza, “In over 200 polling units across Borno State, there was zero accreditation of voters.

“Virtually all the results sheets that were brought to the state collation centre were mutilated.

“There was virtually no result sheet that was tendered at the state collation centre that did not have calculation error, and I did reject most of them.

“The Returning Officer of the first respondent (INEC), would always ask the local government collation officers to go outside the collation centre to reconcile figures, add them up and when they tallied, they should back to present them.

“The figures were wrong.”

Asked by INEC’s lawyer, Yunus Usman (SAN), to give the correct figures, he said he was not in a position to do so.

He added, referring to INEC’s collation officers, “These were university lecturers, simple arithmetic of plus and minus and they could not add well.

“All the results were mutilated.

“The correct results were collated by our party agents and given to our counsel.”

Under cross-examination by the APC’s lawyer, Adeniyi Akintola (SAN), the witnesses maintained that “the results were already collated” before he got to the state collation centre.

But Akintola referred him to a part of his witness statement on oath where he stated that he “observed in the course of transmitting the results from local government result sheets to the state result sheets wrong figures were being entered by INEC officials.”

When asked to reconcile the seeming contradiction between his claim that the results were already collated before he got to the collation centre, and his deposition that he observed when the figures were being tendered, the witness said, “They were merely announcing the results to the hearing of people present.” 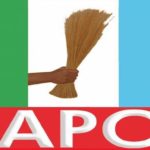 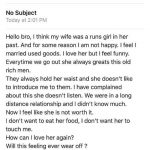 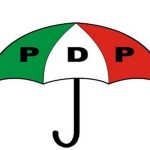 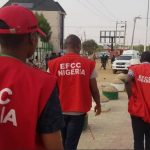 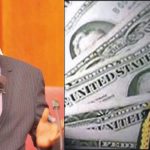