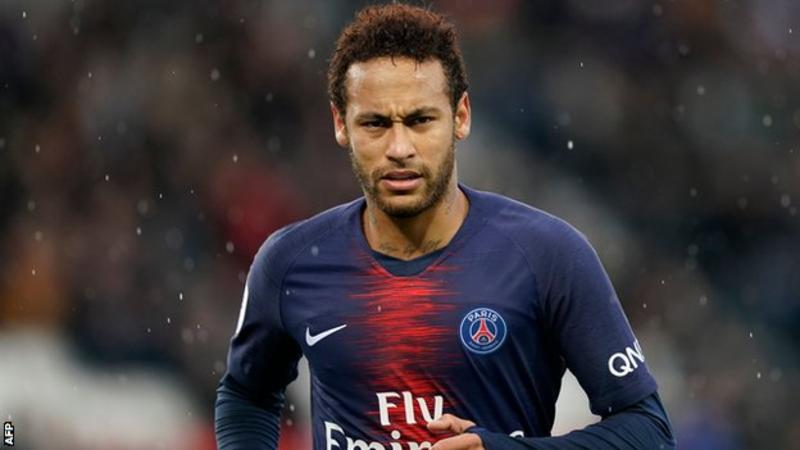 Paris St-Germain say they will take “appropriate action” after Brazil striker Neymar failed to turn up for the first day of pre-season training, BBC reports.

The 27-year-old was due back at the club’s training ground on Monday.

The forward has been linked with a move back to former club Barcelona.

“Paris St-Germain notes that Neymar Jr was not in attendance at the agreed time and place. This was without the club’s prior authorisation,” read a statement.

“The club regrets this situation.”

In an interview with La Parisien, PSG’s sporting director Leonardo said: “Neymar can leave PSG, if there is an offer that suits everyone.”

He added that there had been “very superficial contact” from Barcelona.

“But to date, we do not know if anyone wants to buy it or at what price,” he added. “PSG wants to rely on players who want to stay and build something big.”

Brazilian media quoted Neymar’s father, Neymar Sr, as saying that PSG “were aware” that the forward was set to miss training on Monday because of charity commitments.

“The reason was known and planned for a year as part of his activities for the Neymar Institute,” he told Fox Sports Brazil.

“We couldn’t postpone them and he will return [to PSG] on 15 July.”

He has scored 34 goals in 37 league appearances to help them to consecutive Ligue 1 titles but also been involved in a number of disciplinary incidents, including being banned for three games for lashing out at a fan after PSG’s shock French Cup final defeat.

He will also miss the next three European matches for insulting officials.