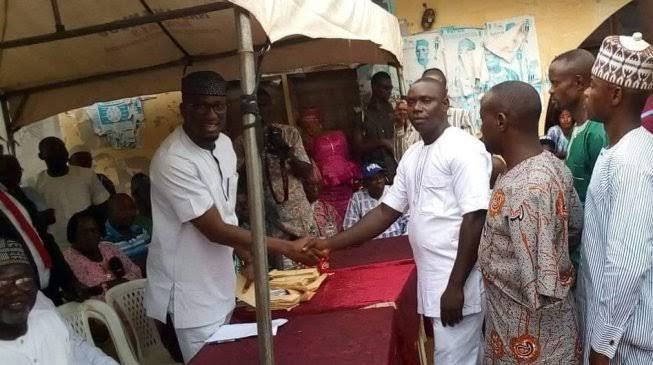 While announcing the appointment on Sunday, Araoye said he took the decision to support Fayemi’s administration.

TheCable gathered that the 62 persons, who were selected across all the wards in Ekiti south federal constituency, have been paid their first salary.

“The 62 personal assistants appointed today are not for Makinde Araoye, they are to support the government of Governor Kayode Fayemi,” he said at the ceremony.

“I’m sharing my salary to the PAs, they are the ambassadors of JKF in the Ekiti south federal constituency 1. They are to defend the government of Dr Kayode Fayemi. I didn’t appoint them to start singing praises of Makinde Araoye but to support the good work of Governor Kayode Fayemi.”

He said the appointment is neither for political gain nor for personal aspiration.

“They are appointed to support APC and the government of Kayode Fayemi.”

Araoye had sought the ticket of the All Progressives Congress (APC) for Ekiti south federal constituency but he lost to Yemi Adaramodu, who presently represents the constituency in the house of reps.

Yinka Oyebode, spokesman of the governor, neither answered his telephone calls nor replied the text messages sent.