Operatives of the Nigerian Navy (NN) on Wednesday arrested 19 suspected oil thieves including two women and recovered five boats laden with 168 drums of 300 litre each of AGO.

The arrests were made by a team comprising operatives from Naval Headquarters and Nigerian Navy Ship (NNS) Pathfinder around Bakana creeks, a notorious hideout for the syndicate engaged in illegal refining of petroleum products.

The team which was conducting select journalists on educational tour of Niger Delta creeks to showcase efforts of the NN in combating the menace intercepted the boats at different locations along the Bakana river which empties into the Atlantic ocean.

Leading a convoy of five boats to the creek for on-the-spot assessment of an illegal refinery camp destroyed by the Navy last December, the Director Naval Information (DINFO) Commodore Suleiman Dahun and Base Operation Officer (BOO) Commander Muritala Rogo patrolled adjoining channels of the river where some of the boats were recovered.

The Nation reports that upon sighting the naval gunboats, three of the suspects in two different boats dived into the river unclad, abandoning their boats and cargo.

Twelve of the suspects comprising 10 men and two women on three boats claimed they were working for one Madam who’s based in Port Harcourt.

Prior to the tour to the creek, Commander Nigerian Navy Ship (NNS) PATHFINDER Commodore Sam Bora who addressed journalists by the jetty said the security situation in the base’s area of operation (AOO) could best be assessed as unpredictable, attributing same to upsurge in agitations from various militant groups and conducts of some desperate politicians.

“These groups in their desperation to acquire power at all cost use dubious means including employment of thugs to threaten the peaceful political climate as well as safety and security of lives and properties in the state. The fall out of this reprehensible conduct is the recent cases of reported killings and kidnappings perpetrated by cult groups and other criminals in the state.

“Notwithstanding, the base has strategies and emplaced measures that would ensure the safety and security of lawful activities within its AOO…

“Operations against crude oil theft, illegal bunkering and other maritime criminalities in the last six months has witnessed the deployment of an average of 10 gunboats and 18 private maritime logistics support company vessels for sustained patrols monthly.

“This led to the arrest of eight vessels, 18 barges, 42 wooden boats and 38 suspects within the period under review. Similarly, 70 illegal refinery sites with several storage tanks and dugout pit laden with over 4,300mt of suspected stolen crude oil as well as over 2,191mt of illegally refined AGO were destroyed.

One of the suspects arrested yesterday who gave his name as David said his boat was carrying 17 drums, claiming that he was sent by one Madam Joy in Port Harcourt who paid him N15,000 per return trip.

He said: “I have been doing this for three months now. We work for Madam Joy. I am from Bayelsa State. I know it is bad but I do not have work.

Elijah, 19, said he started four-months-ago because he lost his mother and had to fend for two younger siblings.

“I am from Andoni in Rivers. My mother was a single mother. When she died, she left two siblings in my care and also work to pay my school fees. I had to work for one woman called Mama. She sends us to the creeks to buy diesel. She owns the boats and drums.

“My job is to open the drums for those who sell to pass the content through a hose and thereafter, cover the drums when they are done. I have been doing this for four months to pay my siblings school fees. One of them is in Primary 3 and the other is in Primary 4. My madam pays me N4,000 per trip.”

A woman, Patani, 31, who claimed to be a widow and mother of two said she was into the illegal trade to cater for her children.

She said she came from Bayelsa State with her niece Gift Emmnuel, adding that she made a minimum of N5,000 per drum.

Patani said the boat she was caught on was laden with 20 big drums.

“My husband died, leaving me with two children. I have been living from hand to mouth until someone introduced me to this business. I was told it was lucrative.

Ahi who dived into the river as the boat was entering jetty but was surrounded by naval personnel claimed he was under distress to pay his house rent and did not have another way to get the money.

Asked why he attempted an escape, Ahi said: “I was scared. I am a transporter. I was only hired by some people. I have never done this before. They said they would pay me N4000 at the end of the trip.

Ibrahim, 17, a native of Kano State said: “I have only been there three times and I was paid N5000. I wanted to use the money to transport myself back to Kano. I appeal to the navy to forgive me. All they should do is to add to the N5,000 so that I will be able to go back to Kano.” 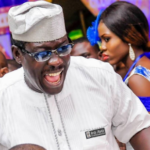 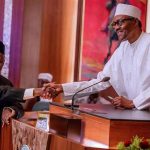 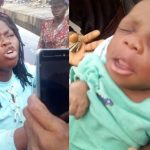 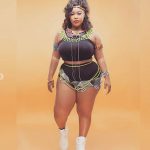