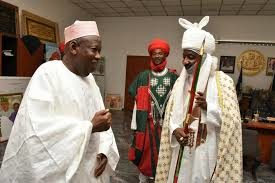 A Federal High Court sitting in Kano granted the ex-parte motion Sanusi filed on Tuesday against the governor and his attorney-general.

The court also restrained the state’s Public Complaints and Anti-Corruption Commission from acting on the preliminary report of the investigation of the petition on financial misappropriation against Sanusi.

Ganduje told State House Reporters Tuesday that they were making progress in the imbroglio resulting to the creation of four more Emirates and appointing their Emirs.

The National Daily earlier reported that Ganduje and Sanusi have been fighting a cloak-and-dagger war since 2016 when the Emir became critical of the governor, the APC, and President Muhammadu Buhari.

The state anti-corruption agency heated up the hostilities when it recently indicted the governor of misappropriating N3.7bn of Kano emirate.

The commission recommended Sanusi’s suspension, and Ganduje, two weeks ago, was going to depose the emir but for the intervention of Gov. Kayode Fayemi and businessman Aliko Dangote. 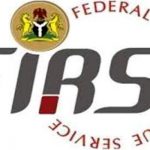